Jharkhand is also set to sign a first-of-its-kind memorandum of understanding (MoU) with the BRO for ensuring welfare of workers in all recruitments in the future, sources in the Jharkhand Chief Minister's Office (CMO) said. 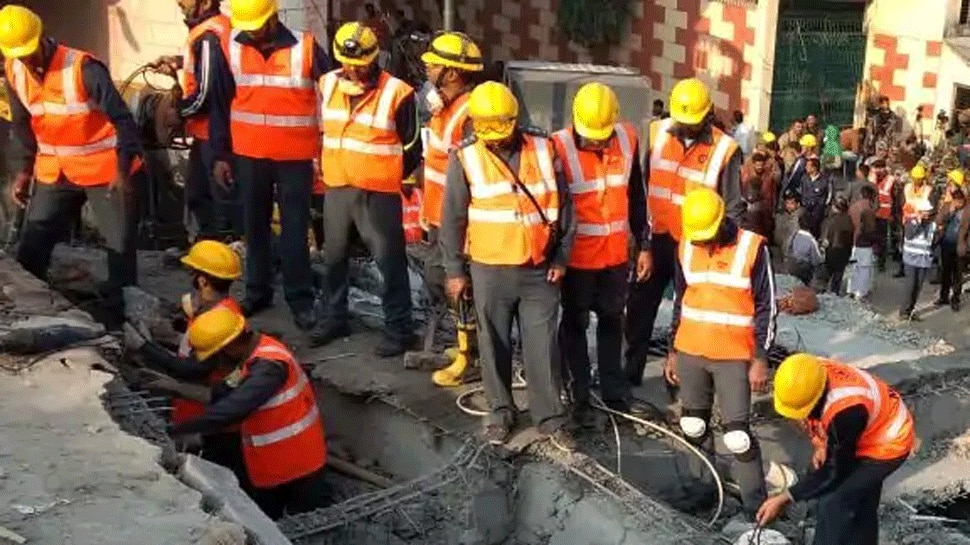 New Delhi: Jharkhand Chief Minister Hemant Soren has given permission to the Border Roads Organization (BRO) to recruit over 11,800 workers from the state for critical projects, including in areas near the China border in Ladakh, after getting a written assurance about their welfare, state government sources said on Monday.

Jharkhand is also set to sign a first-of-its-kind memorandum of understanding (MoU) with the BRO for ensuring welfare of workers in all recruitments in the future, sources in the Jharkhand Chief Minister's Office (CMO) said.

"We are committed to the welfare of our workers and our tribal brothers have long served the nation and built its frontiers. We are ready to send our workers in the interest of national security but will not allow any compromise of their honour, welfare rights, benefits and dignity," Soren said.

"National security is our priority and at the same time we have prioritised that the honour, dignity and rights of our workers are guaranteed while serving the nation," he said.

The MoU, prepared by the CMO and the state's labour department, will ensure an institutional framework safeguarding the benefits and welfare of workers from the state going to work at high-altitude projects of the BRO, the CMO sources said.

The 11, 815 workers that the BRO had requested for recruitment are needed for Operation Vijayak in Ladakh (about 8,000 workers required), Project Shivalik in Uttarakhand, Project Deepak in Himachal Pradesh, Project Beacon in Jammu and Kashmir, they said.

The road projects in the border areas assume significance as they come amid a confrontation between Indian and Chinese militaries in eastern Ladakh.

The trigger for the face-off was China's stiff opposition to India laying a key road in the Finger area around the Pangong Tso Lake besides construction of another road connecting the Darbuk-Shayok-Daulat Beg Oldie road in Galwan Valley.

India has already decided not to stall any border infrastructure projects in eastern Ladakh in view of Chinese protests.

On the defence ministry's request, the home ministry had written to the Railways on May 22 for arranging 11 special trains to transport workers from Jharkhand to Union territories of Jammu and Kashmir, and

Ladakh, and to the states of Himachal Pradesh and Uttarakhand, for road construction activity along the country's borders.

The BRO has conveyed to the Jharkhand government that it will sign the MoU once approval is given by the Ministry of Defence, sources said, citing a letter from the BRO to Jharkhand Principal Secretary Rajeev Arun Ekka.

Chief Minister Soren has permitted the BRO to induct 11,815 workers from the state after a written assurance by the BRO that the rights of workers will be safeguarded, the CMO sources said.

The permission given is on the condition that the BRO has to register as an employer under the Inter-State Migrant Workmen Act, 1979, and do direct recruitment of all workers from Jharkhand instead of the system of 'Mates'.

Tribal workers from the Santhal Pargana of the state have been at the forefront to build the nation's frontiers since the early 1970s.

The BRO has in place a system of 'Mates - Local network contact point' through whom they bring workers to Leh, Ladakh and Himachal Pradesh every year twice in April-May and then in October-November for winter in harsh conditions.

Despite the statutory norms of the BRO to transfer fixed skill-based wage payment to workers, 'Mates' played the intermediary and migrant workers always received less amount or partial amount, depending on the 'Mates', the CMO sources said, adding that no safeguarding mechanism was in place in case of any hazardous incident or accident leading to death or partial disability of a worker.

With all these concerns, the chief minister sought multiple answers from the BRO headquarters with several letters exchanged. Subsequently, the BRO assured all safeguards for workers on key aspects such as wages, accommodation, rations, clothing and injury benefits, the sources said.

The BRO has communicated a revised schedule of rates for all categories of workers -- unskilled, semi-skilled and skilled -- and increasing wages by around 15- 20 per cent, coming into effect from June 10, the CMO sources said.

"All out efforts at all levels have been made and will be made to ensure the interests of the migrant workers are not compromised," the BRO said in a communication to the state government on June 5.

"BRO will comply with the provisions of Migrant Labour Act 1979...And recruitment in the subsequent years will be done after following the due process of registration and signing of MoU," the communication said.
The chief minister is also contemplating creating a special medical insurance coverage of Rs 10-15 lakh for each worker, over and above what is being proposed by the BRO, the CMO sources said.
The approval to the BRO comes amid a massive operation by the Jharkhand government to facilitate the return of its workers who were stranded in different parts of the Union Territory of Ladakh due to the COVID-19-induced lockdown.
More than 200 migrant workers of Jharkhand will be flown from Leh in four batches this week.
Earlier, 60 stranded Jharkhand labourers were flown from Leh on May 29 on commercial flights by the government.