The governor announced an ex-gratia of Rs five lakh to the next of the kin of the deceased and Rs 20,000 each to those injured, his spokesperson said. 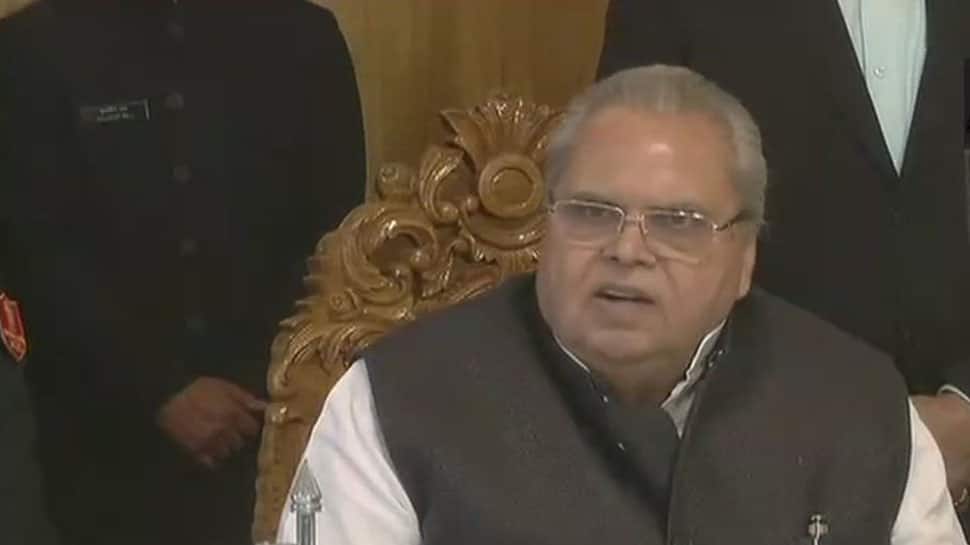 Hours after a powerful grenade attack at Jammu bus stand in Jammu and Kashmir took place, state governor Satya Pal Malik on Thursday condemned the attack and directed the administration to provide best medical assistance to the injured. He asked all agencies to ensure that those responsible for the attack are brought to justice.

The governor announced an ex-gratia of Rs five lakh to the next of the kin of the deceased and Rs 20,000 each to those injured, his spokesperson said.

The governor said, "We condemn the heinous and cowardly attack on innocent people. It was a reaction by anti-nationals and terrorists as they are losing their grip. The government has come down very heavily on such elements after the Pulwama terrorist attack."

"The government has decided that it will uproot terrorism from here. We have arrested 170 people who support terrorist activities. We also banned Jamat-e-Islami as they radicalise and mislead the youth. Mainstream political parties should exercise caution in their discourse, as a fine line differentiating their discourse from the discourse of the separatists is fading. From the discourse of the last two weeks, it appears as though mainstream parties are standing in support of violence."

He added, "It cannot be that you take the benefits of democracy and also be involved in activities that cause harm to the nation. Then, they should not complain that why they are treated like the Hurriyat and other separatists."

In the attack, a 17-year-old boy, a native of Uttarakhand succumbed to his injuries while over 30 people were injured.

The injured have been admitted to Government Medical College Hospital and the police cordoned off the area, which comes exactly three weeks after the terror attack in Pulwama.

He conveyed his heartfelt condolences to the bereaved family and also wished for the speedy recovery to those injured. The Governor also directed that law and order is maintained in the state.

It is the third grenade attack by terrorists in the bus stand area of the city since May 2018.

Taking cognizance of the grenade blast, Minister of State for Defence Subhash Bhamre said that forces have been given a free hand to take necessary steps.

It comes a week after the Indian Air Force (IAF) carried out air strikes on the terror camp of Jaish-e Mohammad (JeM) in Pakistan`s Balakot. The JeM took the responsibility for the February 14 Pulwama attack, which killed 40 CRPF personnel.