The police today told the Delhi High Court that they have already written to concerned authorities in JNU university to preserve CCTV footage and WhatsApp conversation on January 5 violence, but have not received any response so far. 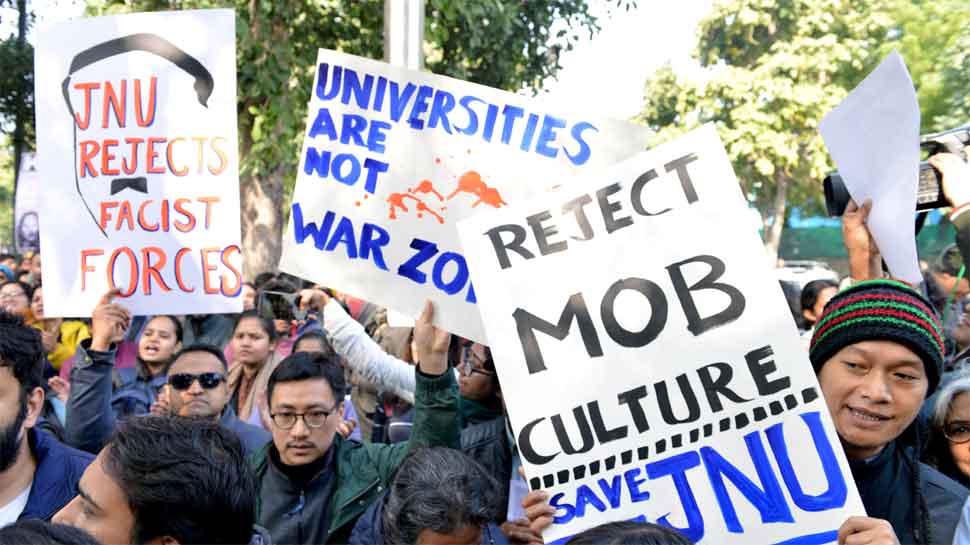 The police today told the Delhi High Court that they have already written to concerned authorities in JNU to preserve CCTV footage and WhatsApp conversation on January 5 violence, but have not received any response so far. The police added that they have also written to WhatsApp seeking details of two groups in connection with the case and are waiting for a response.

On January 10, three JNU professors - Amit Parameshwaran, Atul Sood and Shukla Vinayak Sawant - urged the High Court to instruct WhatsApp Inc, Google Inc and Apple Inc to secure or collect back all the data related to WhatsApp groups- 'Unity Against Left' and 'Friends of RSS'- in the JNU violence. The data includes messages, photos, videos and phone numbers etc. They have also urged the court to give necessary directions to the Delhi Police Commissioner and the Delhi government.

The three professors approached the High Court in the wake of several complaints filed with the Delhi Police in the JNU campus violence. Notably, as many as 14 complaints have been filed.

Earlier, the Delhi Police urged more people to come out and dispose of the video of the JNU violence, following which as many as 12 people contacted police and recorded their statements. In the meantime, the nine students who were given notice by the crime branch were set to interrogated by the students at around 11 am on Monday.