BMC deployed labourers as well as a number of cleaning machines to clear the beach of the thrash. 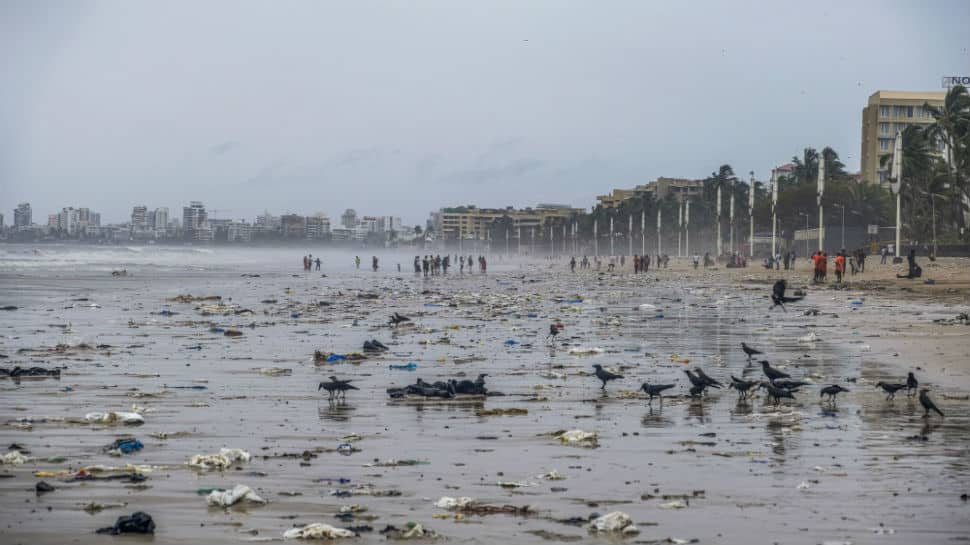 In what may be described as nature's version of tit for tat, the sea dumped tonnes of waste at Mumbai's Juhu Beach recently which made for an extremely unpleasant sight and smell.

Large stretches of the beach resembled a massive garbage dump as the waves brought in waste - mostly plastic - over the past one week. Many locals took to social media to vent their ire at the human apathy while environmentalists once again pointed to the hazards of dumping thrash into the sea.

Many celebrities too took to Twitter to highlight the plight of the beach which is a quite a favourite among locals as well as tourists.

The Brihanmumbai Municipal Corporation (BMC) has been working overtime to clear the beach of the thrash and had reportedly cleared 430 tonnes of garbage by Monday. A number of cleaning machines, as well as labourers, have been deployed for the task.

This is not the first time that the beach at Juhu has witnessed such scenes. In July of 2018, the Arabian Sea had dumped tonnes of waste here which had transformed the beach into an ungainly dumpyard. Most of the thrash was plastic although the Maharashtra government had already imposed a ban on plastic by then.

A number of concerned citizens, as well as NGOs, have been working to clean up Mumbai's beaches and awareness campaigns are regularly held to inform common people of the hazards of dumping waste into the seas.