In a bid to nab history-sheeter Vikas Dubey, the team of Uttar Pradesh Special Task Force (STF) on Tuesday brought Haryana, Madhya Pradesh and Rajasthan under its radar after sources informed of his escape in either of these regions. The UP Police is in touch with the Haryana Police in its man-hunt for Dubey and the search for the gangster in the state has been tightened. 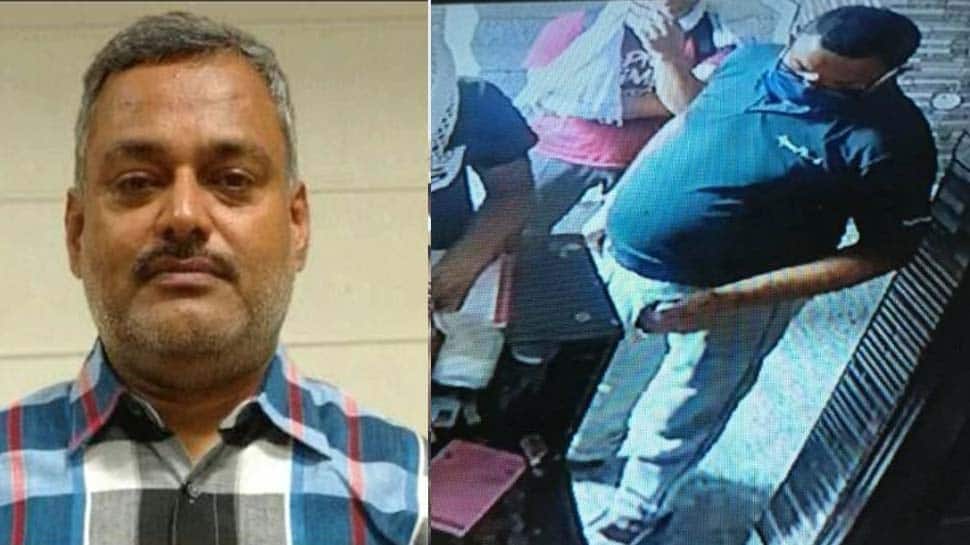 In a bid to nab history-sheeter Vikas Dubey, the team of Uttar Pradesh Special Task Force (STF) on Tuesday brought Haryana, Madhya Pradesh and Rajasthan under its radar after sources informed of his escape in either of these regions. The UP Police is in touch with the Haryana Police in its man-hunt for Dubey and the search for the gangster in the state has been tightened.

The Haryana Police crime branch on Tuesday conducted a raid at the Sri Sasaram Hotel located at Badkhal Chowk in Haryana's Faridabad but the police could not find anything, according to sources. The sources said that the police conducted a raid after a CCTV footage of the hotel showed his presence in its premises. The police had taken the DVR of CCTV footage of the hotel with them.

Dubey, the main accused in the Kanpur encounter case, has been absconding for over 110 hours and more than 100 teams of the UP police are engaged in the search operation. More than 200 policemen are suspected of having connection with Dubey. Eight police personnel were killed during a raid which was carried in the wee hours of July 3 to arrest Dubey and his gang members in Kanpur.

The STF has been questioning Jai Vajpayee, a close aid of Dubey. It is being told that Vajpayee has close relations with many police officers. A search was conducted in the village of Dubey where the police recovered three indigenous bombs during the search. So far four accused have been arrested in the Kanpur police murder case but the UP Police has not been able to nab Dubey yet.

The UP Police has put up posters of Dubey on the National Highway. IG Laxmi Singh of Lucknow has started investigating the case. On the other hand, the victim's family has expressed confidence in the government's investigation.

The police have arrested two women for being an accomplice to gangster Vikas Dubey during police raid at his house in Bikru village of Kanpur on July 3. In a related development, the state government led by Yogi Adityanath ordered a magisterial enquiry into the encounter case.

According to reports, Dubey's daughter-in-law Chama, maid Rekha Agnihotri and a neighbour have been arrested for helping the gangster and his men by providing them support and information about police personnel's position during the encounter. In fact, Chama is accused of not opening the door of her house despite insistence by police personnel, who was looking for a hideout to save himself from bullets unleashed by Dubey's men during the gunfight.

On the other hand, maid Rekha and neighbour Suresh Varma were seen informing Dubey's men of policemen's location. According to police, they were seen screaming, "Kill all cops, no one should remain alive."

It is to be noted that maid Rekha Agnihotri is married to Dayashankar Agnihotri, the main aide of Dubey. Dayashankar was arrested from Kalyanpur area by the police hours after the Kanpur encounter.  During interrogation, he revealed to the police that Dubey had received a call from the Chaubepur police station, informing him that a team of police would launch a raid at his Bikru house past midnight. He also revealed that Dubey had got the power line of his area cut before the police team arrived at the location.

Eight police personnel including DSP Devendra Mishra were gunned down in Bikru village near Kanpur by the henchmen of Dubey. Seven others, including a civilian, were injured in the attack from a rooftop on a police team after it entered the village to arrest the gangster, a history-sheeter who has faced about 60 criminal cases.