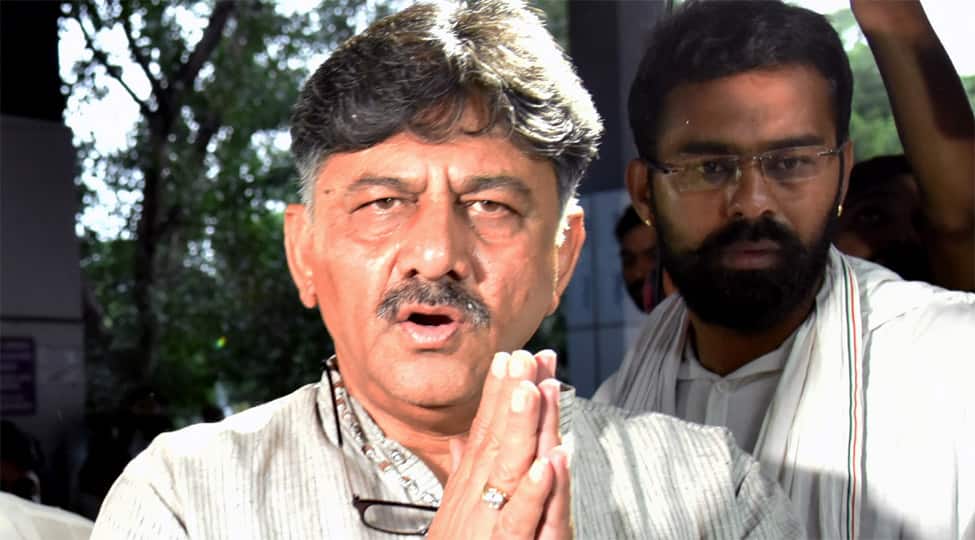 Family members and lawyer are allowed to meet Shivakumar for half-an-hour daily. The court also granted his personal doctor to visit him.

Known as Congress' favoured troubleshooter in Karnataka, Shivakumar had been interrogated by the ED over the past several days - his appearence before ED on Tuesday was his fourth. By the end of the day, however, he was arrested in connection with the money laundering case being probed by the investigating agency. The ED has registered a case of money laundering on the basis of a chargesheet filed by the Income Tax Department.

While seeking 14-days custody for Shivakumar, the ED claimed that the Congress leader gave "evasive" replies and remained non-cooperative during the investigation into the alleged money laundering case. The counsel also alleged that the assets of his whole family grew phenomenally over the past few years.

The alleged money laundering came to light after raids by the tax sleuths on the premises of Shivakumar in Bengaluru, Kanakapura and New Delhi on August 2, 2017, led to seizure of unaccounted cash worth Rs 8.59 crore and no evidence on its source.

Violence broke out in Bengaluru on Wednesday after Congress workers protested against Shivakumar's arrest. Protestors raised slogans against the Centre, the probe agency and also clashed with the police.