Kashmir decision will have no impact on LAC, base assessment on realities: India to China

A release by the Ministry of External Affairs on Jaishankar-Wang meet said it was India's "internal matter" to remove the special status for Jammu and Kashmir. 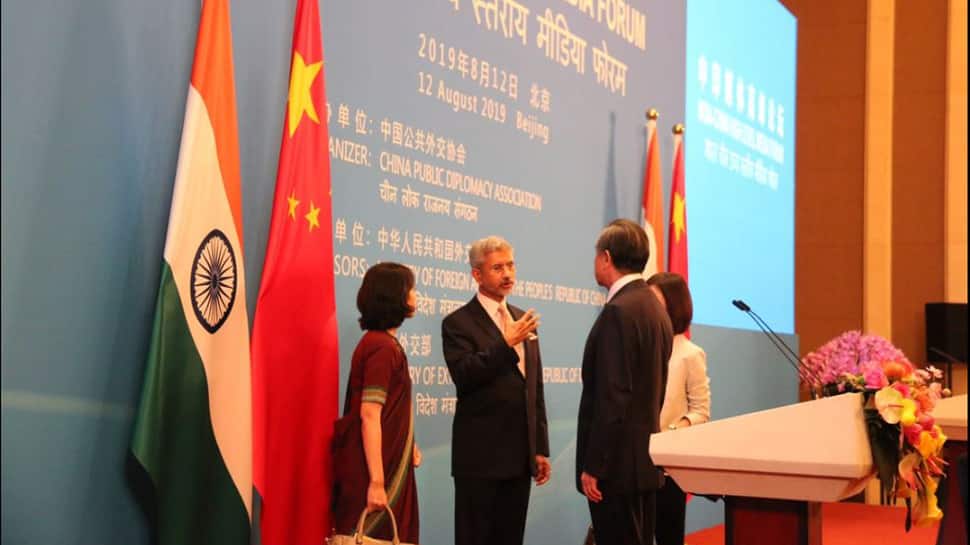 India has told China that the abrogation of Article 370 and bifurcation of Jammu and Kashmir will have no impact on the Line of Actual Control (LAC). During a meeting with Chinese Foreign Minister Wang Yi in Beijing on Monday, External Affairs Minister S Jaishankar said that China’s concerns were misplaced.

A release by the Ministry of External Affairs on Jaishankar-Wang meet said it was India's "internal matter" to remove the special status for erstwhile state of Jammu and Kashmir "aimed at promoting better governance and socio-economic development".

The release further said, "There was no implication for either the external boundaries of India or the LAC with China. India was not raising any additional territorial claims. The Chinese concerns in this regard were therefore misplaced"

Line of Actual Control or LAC is the demarcation line between India in the union territory of Ladakh and China-occupied Jammu and Kashmir.

The Chinese Foreign Minister had raised the issue publicly at media forum, saying, "There are some differences between our two countries, we don't shy away from those differences. We exchanged view on those matters in a candid manner. Regarding recent tensions between India and Pakistan, we made clear concerns and issues regarding China's sovereignty, we stated China's principled position."

Jaishankar during the same press statement had called for "mutual sensitivity to each other’s core concerns" and "properly managing differences is therefore vital. As our leaders agreed in Astana, differences should not become disputes. That is how India-China relations can remain a factor of stability in an uncertain world."

On tensions between India and Pakistan in the backdrop of New Delhi's decision, Jaishankar explained to the Chinese side that despite Pakistan's provocative rhetoric and actions, India "has always stood for normalisation of the ties in an atmosphere free of terror".

He also emphasised that administrative changes announced on Jammu and Kashmir would not have a "bearing on Pakistan as it was an internal matter" and "It did not impact the LAC", suggesting China to "base its assessment on realities".