Operations at the Kerala's Cochin International Airport have been suspended till August 11 due to incessant rains in Kerala which have caused severe waterlogging and flood-like situation. All the schools across the state have been closed on Friday amid heavy rainfall. 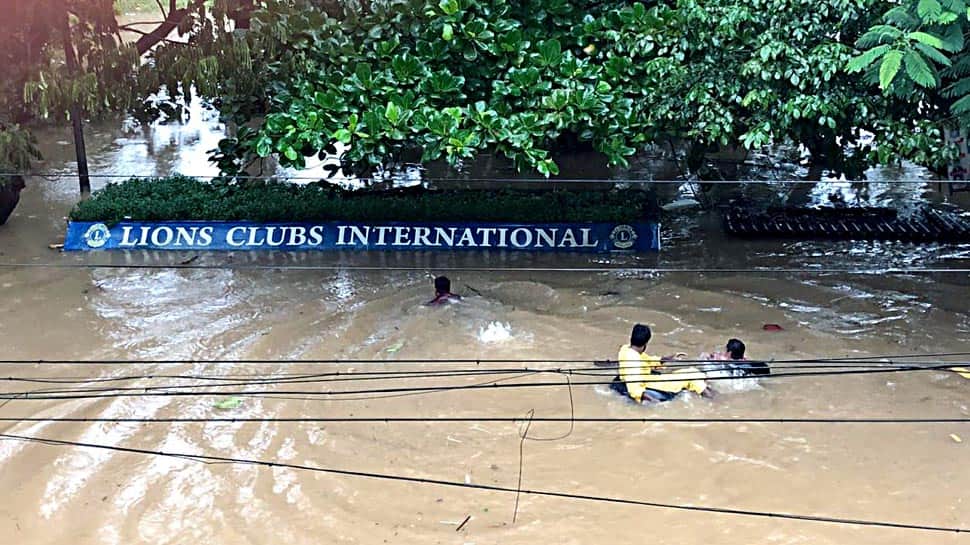 Trivandrum: Operations at the Kerala's Cochin International Airport have been suspended till August 11 due to incessant rains in Kerala which have caused severe waterlogging and flood-like situation.

Kerala has been witnessing the second round of southwest monsoon which has been wreaking havoc over past several days. A red alert issued in as many as four districts-- Idukki, Wayanad, Malappuram, and Kozhikode-- in the state for August 9, which entails likelihood of extremely heavy rainfall and directs authorities to take action.

As many as 22,165 people have been evacuated to safety and lodged in 315 relief and rescue camps across the state. A total of 105 camps have been set up in Wayanad district alone.

People have been trying to reach higher grounds as landslides were being triggered due to the torrential downpour. A landslide occurred in Wayanad's Puthumala on Thursday. Rescue operations were launched in the area.

Maharashtra continues to reel under severe waterlogging amid heavy downpour for the fifth consecutive day. Floods have thrown life out of gear in Maharashtra's three districts-- Kolhapur, Sangli, and Satara.

The Karnataka government said that they have released water from Almatti dam after Maharashtra CM Devendra Fadnavis appealed to his Karnataka counterpart BS Yediyurappa for the same to assuage the flood situation in Sangli. However, around 65 per cent of Sangli district remained inundated as of Friday morning.

The death toll across five districts of Pune division which have been hit by excessive rains reached 27 on Thursday.
Around 1.19 lakh people and 25,000 livestock from Sangli were evacuated to safety till Thursday night with three National Disaster Response Force (NDRF) teams comprising 25 members each with four boats two state disaster management teams consisting of 50 total members have been dedicated to rescue operations in Sangli alone. 12 rescue teams of Navy embarked for Sangli by road on Thursday night after airlift was aborted due to unfavorable weather conditions in Kolhapur and Sangli. Police escorts were provided with a green corridor till Sangli.

Most of the market area in Sangli has been closed for the past five days, leading to huge financial losses to traders and shopkeepers in the district.

Meanwhile, rains continued to pour in Karnataka even as Karnataka State Road Transport Corporation (KSRTC ) closed bus services from Mysuru to Madikeri and Mysuru to HD Kote Road due to heavy rains and water overflowing.

As many as 3,500 people were rescued by the Army on Thursday across Karnataka.

A total of 16 Columns and 12 Engineer Task Forces comprising almost 1,000 Army personnel have been deployed in Belgaum, Bagalkot and Raichur districts of Karnataka and Raigad, Kohlapur and Sangli district of Maharashtra to carry out flood relief operations.

Colleges re-open in Kathua and Samba districts of J&K, govt makes food and other essentials available at doorsteps