The PM began his speech by congratulating the people of Jammu and Kashmir and Ladakh on the scrapping of special status to J&K and the state’s bifurcation. 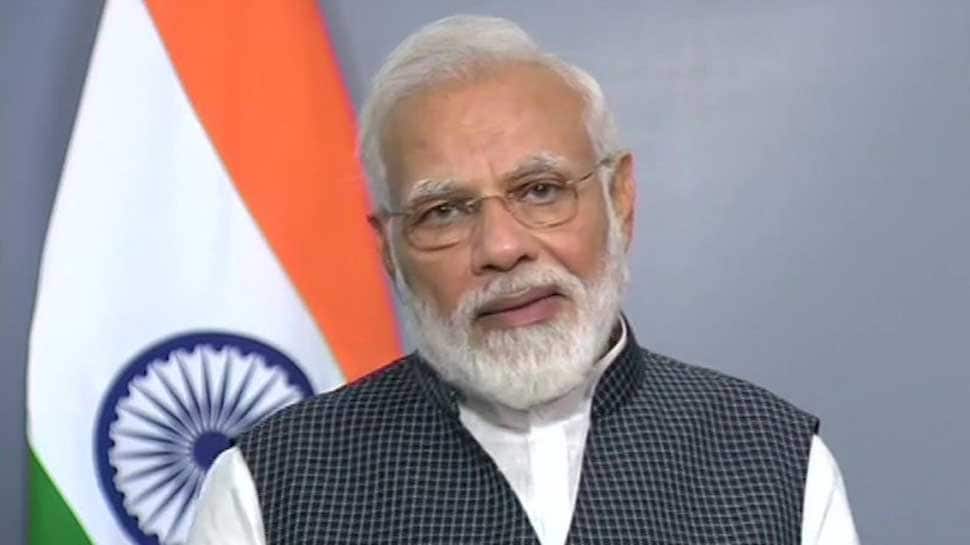 NEW DELHI: Prime Minister Narendra Modi on Thursday addressed the nation during which he sought to explain how the Centre's move to end Jammu and Kashmir's special status and split the state into two Union Territories will benefit its residents in the long run. The PM began his speech by congratulating the people of Jammu and Kashmir and Ladakh on the scrapping of special status to J&K and the state’s bifurcation. Hailing the beginning of a new era in Jammu Kashmir, PM Modi said the rights and duties of the two new Union territories would be the same as the entire nation now.

During his televised speech, the PM also unveiled a roadmap which would bring about a host of positive changes in the lives of the common man. The PM said that the abrogation of Article 370 would mean the protection of central laws, industrialisation, give a major boost to tourism and create more employment opportunities for the local youth. PM Modi also assured that as promised by Union Minister Amit Shah, Jammu and Kashmir will not be a Union territory for long and full statehood will be granted to the state once situation turns normal.

Here are some of his top quotes:-

-I congratulate people of Jammu and Kashmir, Ladakh and the whole nation. When some things are their forever we presume they will never change or go away. Article 370 was something similar.

-We as a nation, as a family, have taken a historic decision. A system due to which brothers & sisters of Jammu, Kashmir & Ladakh were deprived of many rights & which was a big obstacle to their development, that system has been done away with.

-This is a new era in Jammu and Kashmir. Citizens now have equal rights and responsibilities. I congratulate people of the region and citizens.

-Article 370 was harming the people and children of Jammu and Kashmir, it was never discussed

-Article 370 and Article 35A dragged Jammu and Kashmir towards terrorism, dynasty politics and graft.

-Article 370 did not give anything more than terrorism and corruption. It was used by Pakistan as a weapon. 42,000 innocent people were killed here because of it. The development of Jammu and Kashmir and Ladakh could not happen at the pace that was deserving.

-All central and state government posts would be filled in Jammu and Kashmir.

-This will lead to employment generation; Private firms would also be encouraged to generate employment opportunities

-Work will accelerate on all projects; connectivity-related projects, projects relating to road and rail

-Jammu and Kashmir will touch new heights of development and attract people from all over the world;

-Ease of living will go up for people of the region.

-In different states of the country, sanitation workers come under the sanitation worker act, but workers from J&K were deprived of it. In many states, strong laws are there to stop atrocities against Dalits, but this was not the case in J&K.

-The decision to keep J&K directly under Central administration for a brief period was a well thought over decision. Since Governor rule was implemented in J&K, state admin has been directly in touch with the Centre due to which the effects of good governance can be seen on the ground.

-Jammu Kashmir and Ladakh have the potential to be the biggest tourist hub in the world. There was a time when Kashmir was the favourite destination of Bollywood filmmakers, I am confident that in future even international films will be shot there.

-Jammu and Kashmir will be given full statehood at the earliest.

-I want to tell everyone, that any problem of people of J&K and Ladakh is also our problem. We are with them in their happy moments and their sad moments.

-Decades of dynasty rule in J&K prevented the youth from political leadership. Now my youth of J&K will lead the development work and take the region to new heights.

-The holy festival of Eid is also about to come. I wish everyone on this occasion. We are making sure that people in Jammu and Kashmir have no problem with celebrating Eid. Those from J&K who live elsewhere and want to go to J&K to celebrate the festival will be helped in it by us.

J&K will rise to newer heights, beat back terror and separatists: PM Modi in address to nation