Kill the corrupt and those who looted Kashmir: J&K Governor Satya Pal Malik to terrorists

The J&K Governor further said that guns have never been the solution to problems and nobody can bend the government by using it. 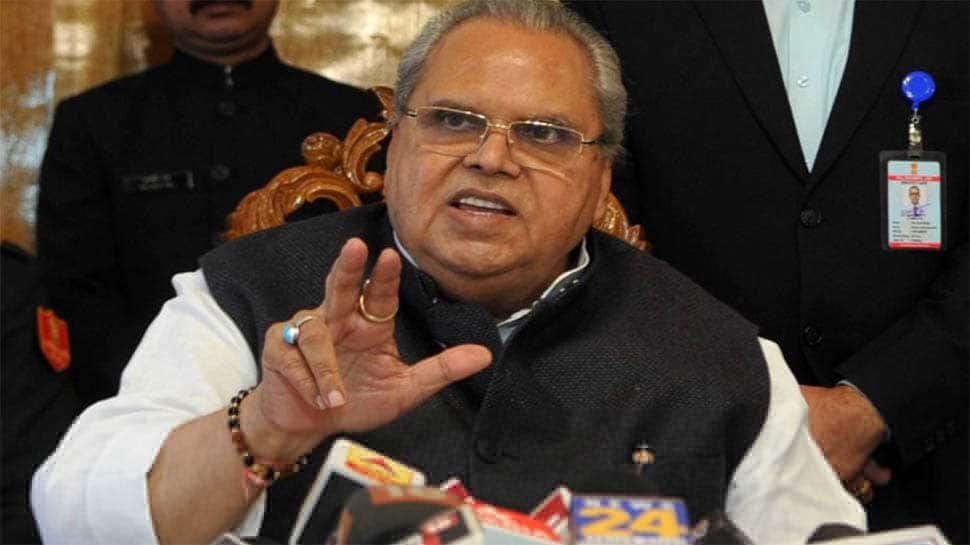 Kargil: Jammu and Kashmir Governor Satya Pal Malik on Sunday made a controversial statement when he appealed to the terrorists to kill the corrupt and those who looted the country and their state, instead of killing the innocent people, including the security forces personnel.

"The biggest disease in Kashmir is corruption...These youth with guns, they are killing PSOs and SPOs for no reason, why are you killing them? Kill those who have looted your country and all the wealth from Kashmir, have you killed anyone out of them? Nothing will be achieved by this, " the J&K Governor said.

Malik made this remark while addressing a gathering during the inauguration of Kargil Ladakh Tourism Festival 2019 at Khree Sultan Choo Sports Stadium Kargil.

The J&K Governor further said that guns have never been the solution to problems and nobody can bend the government by using it.

During his speech, Malik said that the terrorists do not have the power to erode the authority of the Indian government.

"Yours is a futile struggle. You are losing your lives for nothing,'' he said.

"Our estimates are that at present there are 250 terrorists, including 125 foreign terrorists. During encounters, the foreign terrorists take two days to die and the local two hours. LTTE was once the most powerful terrorist organisation in the world. Where is it today," the J&K Governor asked.

Noting that the terrorists' Islamic preachers were promising them heaven after death. the Governor said, "I cannot question your religious belief. But, I can give you two heavens instead of the one promised to you by your ''maulvis". I can give you Kashmir, which is a heaven on earth, and if you live like good human beings, you will get another heaven after your death."

Malik, however, expressed satisfaction over the improvement in the ground situation in Kashmir, saying that the people are now talking of peace.

"It is for the first time in 30 years that there was no strike on the visit of the country`s Home Minister to Kashmir," Malik said while referring to the recent visit of Amit Shah to the Valley.

He also spoke of the administration's attempts to bring back the Kashmiri Pandits saying that the effort has been welcomed by Hurriyat Conference chief Mirwaiz Umar Farooq.