Chief Minister V Narayanasamy, his cabinet colleagues, Members of Parliament, legislators and officials were among those present. 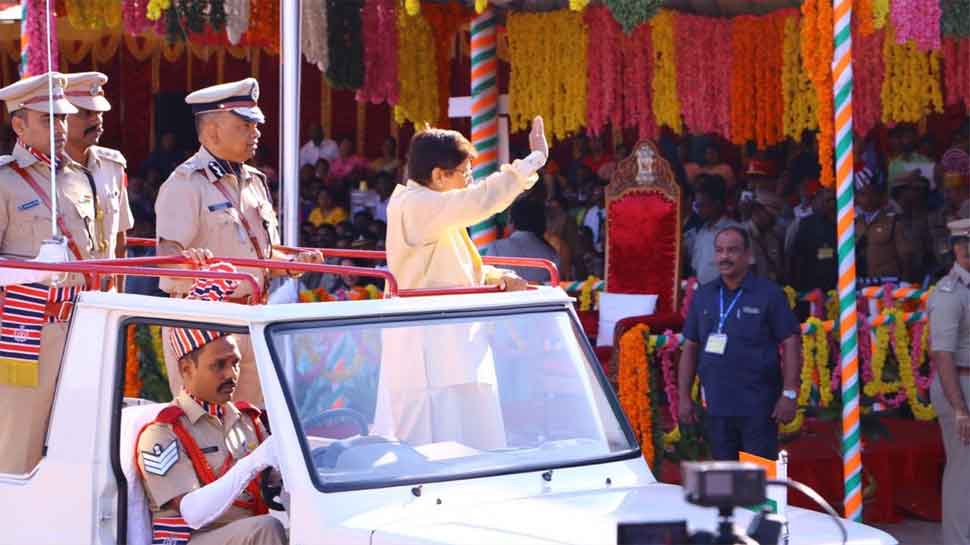 Puducherry: The 71st Republic Day was celebrated in the union territory of Puducherry on Sunday with Lieutenant Governor Kiran Bedi unfurling the tricolour at the Uppalam Ground here.

Chief Minister V Narayanasamy, his cabinet colleagues, Members of Parliament, legislators and officials were among those present.

After inspecting a guard of honour presented by the Puducherry police, the Lt Governor distributed medals to meritorious police officials.

Bedi, a former IPS officer, also presented trophies and mementos to schools for their outstanding performance in public examinations.

She took salute at a march past presented by various contingents, including police, ex-servicemen, school children and scouts, at the celebration.

Chief Secretary Ashwani Kumar announced the selection of Superintendent of Police Mohan Kumar and Sub Inspector Baskar for the President`s police medals for meritorious services.
Narayanasamy later unfurled the national flag on the premises of the Legislative Assembly.

The Speaker, Deputy Speaker, Ministers and legislators were among those present.