In a tweet, PM Modi said he spoke to top seer - Hindu Dharma Acharya Sabha president Swami Avdheshanand Giri Ji Maharaj - over phone and made an appeal about the religious gathering that attracts millions of devotees. 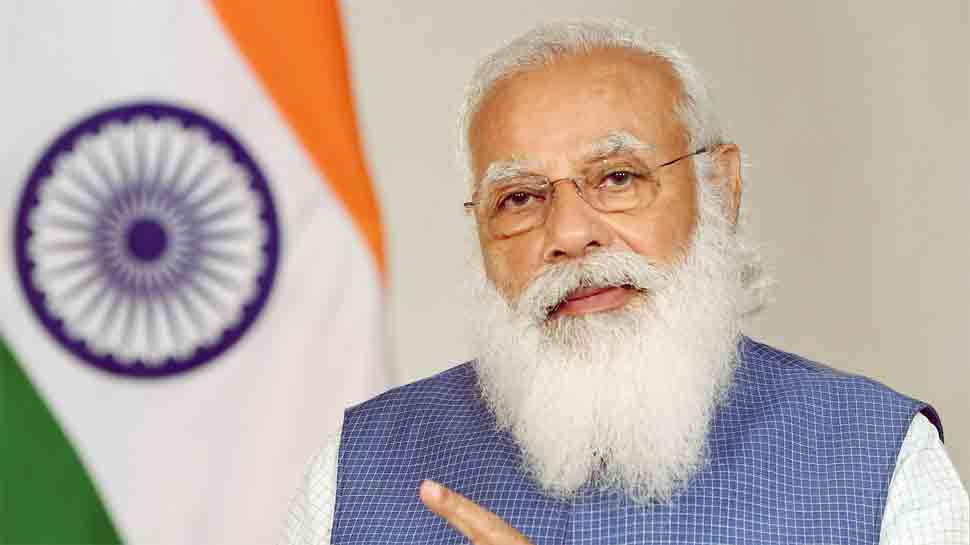 NEW DELHI: Amid a spike in coronavirus cases, Prime Minister Modi on Saturday (April 17) spoke to Swami Avdheshanand Giri of Juna Akhara on phone and appealed that ongoing Kumbh should now be symbolic at the time of coronavirus COVID-19 crisis. PM Modi tweeted that he also enquired about the health of saints, many of whom have contracted the infection, and also conveyed his appreciation for their cooperation with the local administration.

The development comes at a time when almost 2,000 seers are said to have tested positive for COVID-19 at the ongoing Kumbh Mela. Lakh of devotees participated in the last two 'Shahi Snans' violating COVID protocols by not wearing masks or maintaining social distancing.

In a tweet, PM Modi said he spoke to top seer - Hindu Dharma Acharya Sabha president Swami Avdheshanand Giri Ji Maharaj - over phone and made an appeal about the religious gathering that attracts millions of devotees. "Spoke to Acharya Swami Avdheshanand Giri ji on the phone today. Enquired about the health of all saints. All the saints are providing support to the administration for a smooth conduct of the affair and I thanked them for it," PM Modi tweeted in Hindi. "I prayed that two 'shahi snan' have taken place and Kumbh (participation) should now be kept symbolic. This will boost the fight against this crisis," he tweeted.

Responding to Modi's call, Avdheshanand urged people to not come to the Kumbh mela for bathing in large numbers due to the COVID-19 situation and to follow the rules. Saving one's and other's lives is sacred, he added.

On April 17, the Niranjan Akhada has announced curtailing the ongoing Kumbh Mela, almost two weeks ahead of schedule, after several senior BJP leaders in Uttarakhand held discussion with the Akhadas to convince them to end it amid surge in COVID-19 cases and concerns of violation of Covid protocols, a senior party leader said.

However, the BJP-ruled state government has already announced that Kumbh Mela will go on as per schedule. The Kumbh Mela started on April 1 and was scheduled to end on April 30. Meanwhile, the Uttarakhand government is also holding consultationw to take a final call on the continuation of Kumbh Mela.

The ongoing Kumbh has already been shortened this year to just one month from April 1 to 30 due to the pandemic. In normal circumstances, the event, which comes once in 12 years, is held from mid January to April. This year, Kumbh has seen people from different parts of the country attending the auspicious event in large numbers, has drawn flak from various quarters as the number of COVID-19 cases has zoomed at a rapid pace in the past few weeks. The event has also reported the coronavirus cases in large numbers.