The former Bihar chief minister has been away from active politics since his conviction in December 2017 in the Deoghar treasury case. 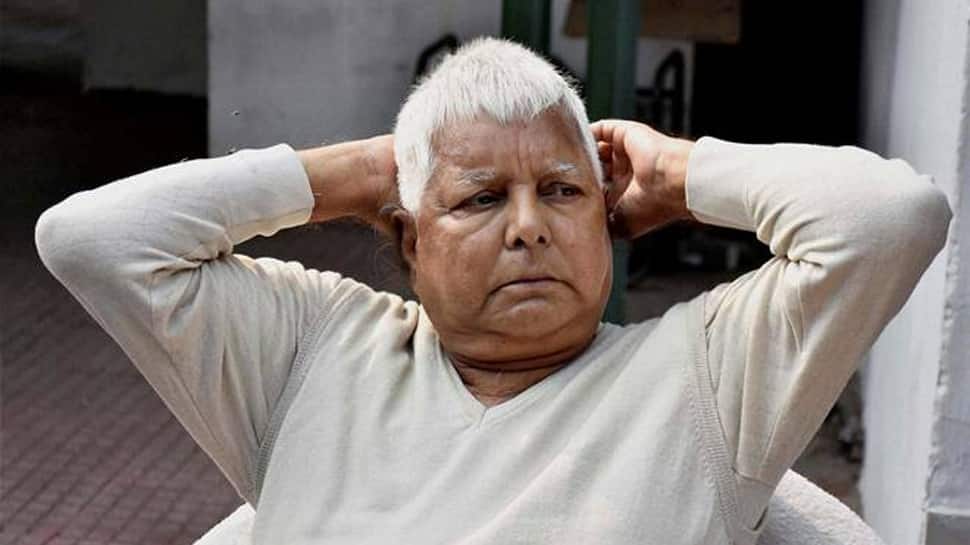 Patna: RJD national president Lalu Prasad on Saturday took to Urdu poetry for sending across a message that he has not lost his verve despite failing health and his incarceration. Prasad, who is serving sentences in a number of fodder scam cases and lodged in a Ranchi hospital for a number of debilitating ailments, shared the verse on Twitter along with a video and a post by an English magazine.

The video talks about the various challenges faced by Prasad, whose bail plea was rejected by the Jharkhand High Court earlier this week. The accompanying post also questions if the RJD chief would be an absentee kingmaker in 2019.

"I belong to a tribe of revolutionaries, a small army of those who stand for truth. It is not for nothing that I am in a fight with the order of the day, I have taken a stand for a cause," his tweet said.

Reacting to the RJD chief's attempt at poetry, JD(U) spokesman Sanjay Singh tweeted with a verse wherein he accused Prasad of corruption, lies and deceit.

Yadav's party, RJD, which is the largest constituent of the opposition in Bihar, faces the tough task of taking on the formidable alliance ruling the state which comprises Bihar Chief Minister Nitish Kumar's JD(U), the BJP and Ram Vilas Paswan's LJP.

Leaders of the opposition alliance here, comprising RJD, Congress, RLSP and some other smaller parties, look up to the wily leader for finalising seat-sharing for the upcoming general elections.

The former Bihar chief minister has been away from active politics since his conviction in December 2017 in the Deoghar treasury case, which was followed by conviction in two more cases of the multi-crore fodder scam.

His official Twitter handle is operated by his close aides.