The former union minister died at the age of 66 after a prolonged illness on Saturday at New Delhi's All India Institute of Medical Sciences (AIIMS). 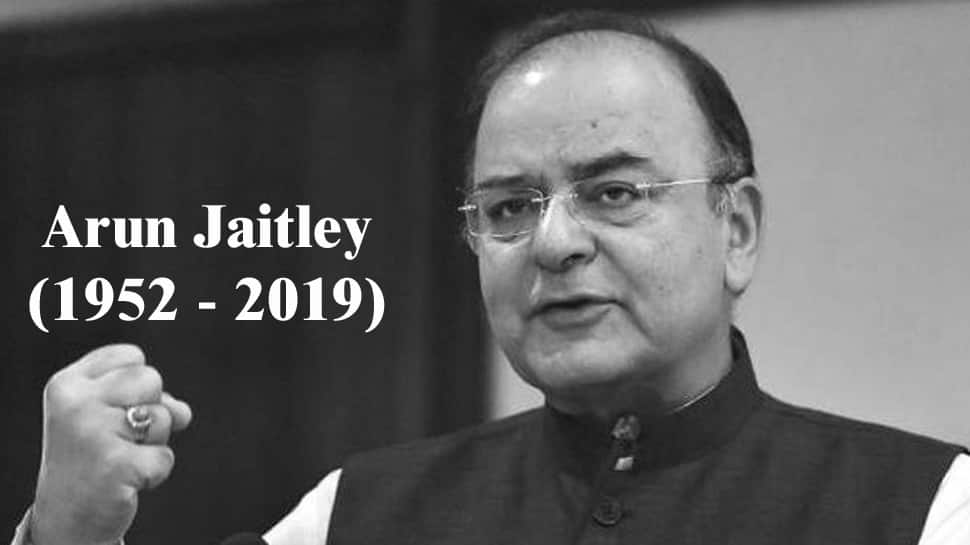 The former union minister died at the age of 66 after a prolonged illness on Saturday at New Delhi's All India Institute of Medical Sciences (AIIMS). His body was taken from the hospital to his residence in Kailash Colony where throngs of political leaders across parties arrived to pay their tribute to the BJP stalwart.

Jaitley's body will be shifted from his residence to BJP headquarters at 10 am on Sunday for party workers and the public to pay their last respects and his funeral procession will begin from the BJP headquarters to the Nigam Bodh Ghat, where the last rites will be performed.

The timing for the cremation of Jaitley's body has not been decided yet, Nadda added.

Following the demise of Jaitley, a master strategist and key troubleshooter for Prime Minister Narendra Modi-led NDA government, tributes and condolences started pouring within minutes from across the nation.

During his long political career, Jaitley had donned many hats. He was a senior Supreme Court lawyer par excellence, a senior leader and key strategist of the BJP.

The 66-year-old leader had held various portfolios including Finance, Defence, Corporate Affairs, Commerce and Industry and Law and Justice in the Atal Bihari Vajpayee and Narendra Modi governments.

The former union minister had even helped PM Narendra Modi win the 2002 General Assembly election in Gujarat by grabbing 126 seats out of 182. Five years later, he once again helped PM Modi win 117 seats out of 182 and come back to power in the state.

Jaitley also played a crucial role in banning triple talaq and pushing major economic legislations such as the Goods and Services Tax (GST).

The BJP leader had been under treatment in the Intensive Care Unit (ICU) of AIIMS since August 9. He had been facing several health issues for a long time including diabetes and his health worsened after he underwent a kidney transplant.

Jaitley, who had held the finance portfolio during the first term of the Modi government, had decided not to be a part of the new Union cabinet as he was unwell and needed time for his medical treatment.