After completing a series of such short and arrester landings, Tejas Navy will get operational clearance to execute the same on aircraft carrier INS Vikramaditya. 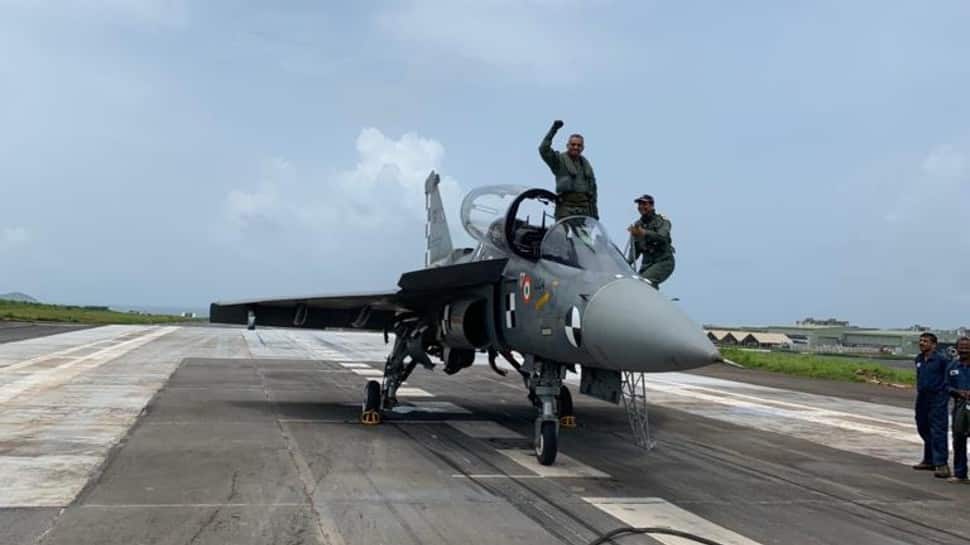 Calling the maiden arrested landing of LCA Navy, a "golden letter day" in the history of Indian Naval Aviation, the DRDO said the development has put the country on the world map with the capability to develop a deck landing aircraft. "Today, the first-ever arrested landing of LCA (Navy) at the shore-based test facility, INS Hansa Goa will pave the way for this Indigenous platform to undertake Aircraft Carrier landing demonstration onboard the Indian Naval Aircraft Carrier, Vikramaditya," said DRDO.

"This event marks the start of a new era where multiple agencies have come together to achieve a common goal. The participation of Certification Agency (CEMILAC), Quality Agency (DGAQA) and above all the men and women on the ground who serviced the aircraft and monitored it during strenuous trails is truly commendable. The support of Indian Navy through the Navy Project office and DAPM at IHQ MoD Navy is noteworthy. Today's event has put India on the world map as a nation with the capability to design a deck landing aircraft," the statement read.

As the LCA Tejas Navy prototype piloted by Commodore Maolankar came for landing, its tailhook was lowered which was caught by the arrester wire resulting in the fighter coming to a stop just a few metres after touchdown. The arrestor hook and other systems developed by ARDC, HAL and all systems performed as expected during arrested landing. The plane had first flown with a tailhook on July 23, 2018.

A milestone event towards development of an indigenous Deck Based Fighter aircraft was achieved today with the first ever arrested landing on the Shore Based Testing Facility at the Naval Air Station at Goa, by LCA (Navy) aircraft flown by Cmde JA Maolankar. @SpokespersonMoD pic.twitter.com/iPdObV2tXD

This landmark event has demonstrated the synergy between various agencies including ADA, @HALHQBLR, CEMILAC and #IndianNavy in harnessing the potential of our scientists, engineers, workmen and naval flight testing community towards meeting the expectations of the nation. pic.twitter.com/PG8zA23iQh

The Naval version of LCA Tejas was first flown in April 2012 and the DRDO and ADA are currently testing two planes for the Navy. Since a plane which operates from an aircraft carrier needs stronger landing gears than one taking off and landing on a runway on the ground, several modifications have to be incorporated for the same. Fighters taking off from an aircraft carrier need to get airborne in less than 200 metres as against almost a 1-kilometre long runway needed by jets taking off from a ground-based runway.

INS Vikramaditya has a ramp which allows results in the fighter taking off from its runway jumping up. LCA Tejas Navy also has hands-free take-off and the SBTF has been constructed as a replica of an aircraft carrier to train Navy pilots.