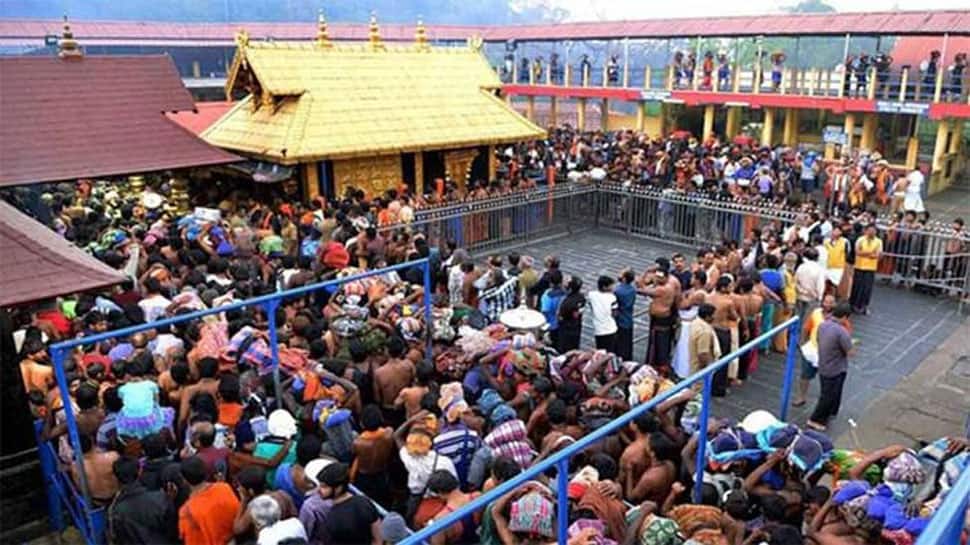 Moments after the Supreme Court (SC) on Thursday referred to a larger bench the review petitions against its 2018 verdict on Sabarimala Temple, leaders welcomed the decision.

Congress leader Shashi Tharoor also welcomed the decision. He said, "I welcome the SC's decision to refer the vexed #Sabarimala issue to a larger bench...The issues involved have implications for the practice of all faiths."

"Welcome the decision of Supreme Court to refer the Sabarimala issue to a larger bench. Like any other issue, the entry of Women into Swami Ayyappa's Abode cannot be treated as an exercise of one's right. It is a matter of faith and traditions carried on by Hindus for centuries,"  Karnataka Minister of Culture CT Ravi said taking to Twitter.

B L Santhosh, BJP National General Secretary (Org), tweeted, "Sabarimala issue referred to the larger bench ... Welcome decision of SC in the direction of protecting rights of devotees & upholding faith ... It was never a matter of fundamental rights... It was a matter of age-old tradition accepted by society."

BJP MLA Arvind Limbavali tweeted, "Out of 1000 Ayappa temples, women are not allowed in only 1 temple. The reason is Lord Ayyappa is in Brahmachari stage & wants to see women only as child or mother. It’s not discrimination it’s our faith. I hope & pray #Sabarimala tradition is preserved by the larger bench in SC."

In its September 28, 2018 judgement, the apex court had lifted the ban that prevented menstruating women and girls between the age of 10 to 50 years from entering Sabarimala Temple dedicated to Lord Ayyappa in Kerala, following which Kerala had witnessed massive protests. However, the court did not put a stay on its 2018 order on Thursday.

The apex court in a 3:2 ruling has referred to a larger bench. The verdict was delivered by a constitution bench comprising Chief Justice Ranjan Gogoi and Justices Rohinton Fali Nariman, A M Khanwilkar, D Y Chandrachud and Indu Malhotra. The order was reserved by the court in February 2019.