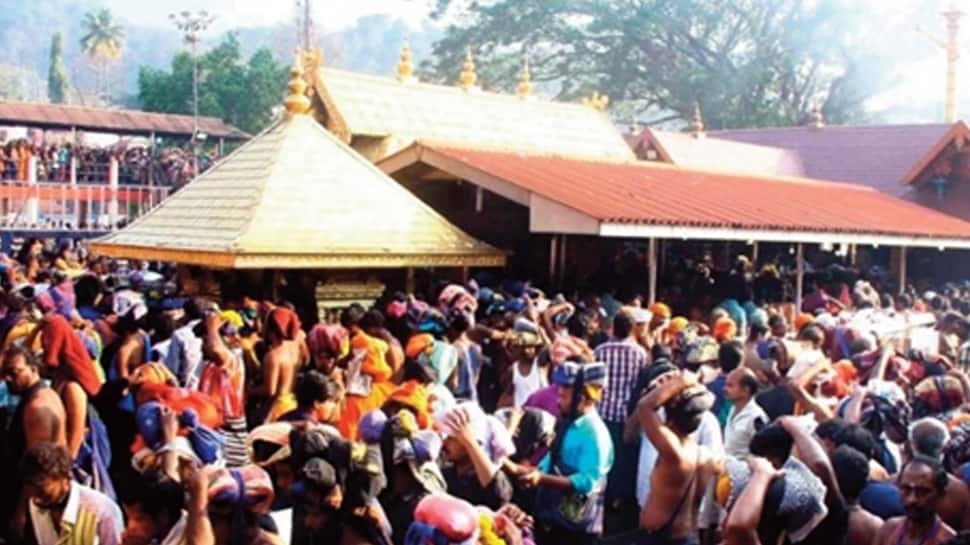 The Supreme Court (SC) on Thursday referred to a larger bench the review petitions against its 2018 verdict on allowing entry of women of all age groups in Kerala's Sabarimala Temple. In its September 28, 2018 judgement, the apex court had lifted the ban that prevented menstruating women and girls between the age of 10 to 50 years from entering Sabarimala Temple dedicated to Lord Ayyappa in Kerala. However, the court did not put a stay on its 2018 order on Thursday.

However, this verdict was passed by a majority of 3:2 as Justice Rohinton Fali Nariman and Justice DY Chandrachud gave dissenting judgement. CJI Gogoi, Justice AM Khanwilkar, and Justice Indu Malhotra sent the Sabarimala review petitions to a larger bench.

"Religious practises are not to be against public order, morality and others. There is yet another seminal issue as to the power of the court to determine if the constitutional court can interfere in such integral parts of the religion," said CJI Gogoi while reading the verdict.

In 2018, the apex court in a landmark 4:1 ruling had set aside decades-old restrictions on the entry of women of age between 10 to 50 years inside the temple. One of the five Judges, Justice Indu Malhotra had, however, dissented and ruled that judges should not impose their personnel views.

The verdict had sparked a series of protests across the state. This lead to the filing of 65 petitions seeking review of the top court`s order. The petitions challenged the authority of the court to intervene in a belief of the people. It argued that the Sabarimala deity is a "Brahmachari" (celibate) and "centuries-old beliefs" should not be disturbed by the entry of menstruating women worshippers.

Ahead of its verdict, elaborate security arrangements were made by the state government in the temple town. The five-judge constitution bench had reserved its decision on February 6, 2019, after hearing various parties, including those seeking re-consideration of the September judgement. Meanwhile, a two-month-long festival season of the famed Sabarimala Ayyappa temple is set to open on Sunday (November 17, 2019). The festival is set to end on January 21, 2020.