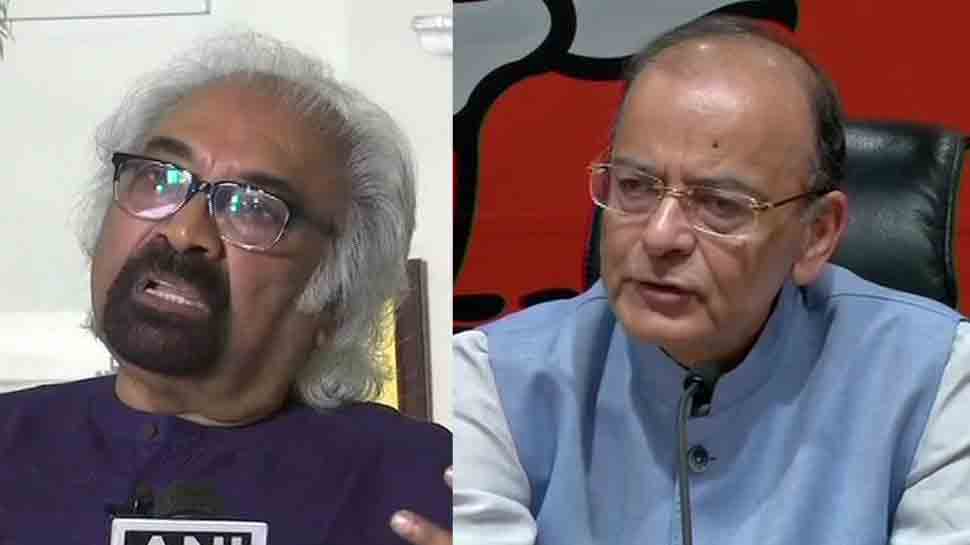 New Delhi: Finance Minister Arun Jaitley on Friday came down heavily on Sam Pitroda for his remarks on Balakot airstrike and 2008 Mumbai terror attack and said that it is unfortunate that such people are an ideologue of a political party. "He believes what we did was wrong. No country in the world said this, not even the Organisation of Islamic Cooperation said this. Every country supported as in surgical strike and airstrike. Only Pakistan was reluctant to do so. Unfortunate such people are ideologues of a political party," Jaitley said at the BJP headquarters today.

Taking a jibe at Congress President Rahul Gandhi, Jaitley said further, "If the teacher is of such opinion then the disciple is bound to be inefficient and the entire country has to bear the result today."

"This is a condemnable statement. We have been fighting terrorism since a long time. We will destroy the terror bases wherever it will perpetrate. Both surgical strike and sir strike were meant to do that. We were supported by global leaders in our attempts," he said.

The most trusted advisor and guide of the Congress President has kick-started the Pakistan National Day celebrations on behalf of the Congress, ironically by demeaning India’s armed forces.

Loyal courtier of Congress’ royal dynasty admits what the nation already knew- Congress was unwilling to respond to forces of terror.

This is a New India- we will answer terrorists in a language they understand and with interest! https://t.co/Mul4LIbKb5

Pitroda is a close aide of Rahul Gandhi and Overseas Congress chief and is a part of Congress' manifesto committee for the Lok Sabha elections. He is considered a senior ideologue of the party. On Friday, he questioned the death toll in Balakote airstrike carried out by Indian Air Force (IAF) in response to Pulwama terror attack by terror outfit Jaish-e-Mohammed and said, "it was wrong to attack Pakistan".

"If you say 300 people were killed, we all need to know that. All Indians need to know that. Then comes the global media which says nobody was killed. I look bad as an Indian citizen. I would like to know more as I have read in the New York Times and other newspapers. What did we really attack? we really killed 300 people?" Pitroda said. "Data has be neutral. So you come in today and say I killed 300 people and I say wait a minute, the World is saying we didn't kill anybody or kill less or kill more," he said.

When asked on his views on the airstrike in Pakistan's Khyber Pakhtunkhwa region, he added that "the international news outlets had an alternate view on the impact of the airstrike". He also pressed for dialogue with Pakistan and said that it would be naive to believe that every citizen of Pakistan is to be blamed behind the Pulwama attack."

Pressed further to clarify if dialogues with Pakistan was an option post-Pulwama attack while killed at least 40 CRPF personnel, Pitroda said that he didn't know much about the attack and said that it happens all the time. "Attack took place in Mumbai Taj Hotel and Oberoi Hotel. We could have reacted then and sent our planes but that is not the right approach according to me and that's not how you deal with the World."

Referring to the 2008 Mumbai attack, he said that eight people came and did something but we don't jump on the entire nation," he said.

He also said that he totally disagree with the way PM Modi acted post-Pulwama attack. "The formula is to create an environment of fear by saying that there is an enemy at the border. In India, it's Pakistan, in the US, its Mexican immigrants. They say everybody is bad because nobody is competent," he said.