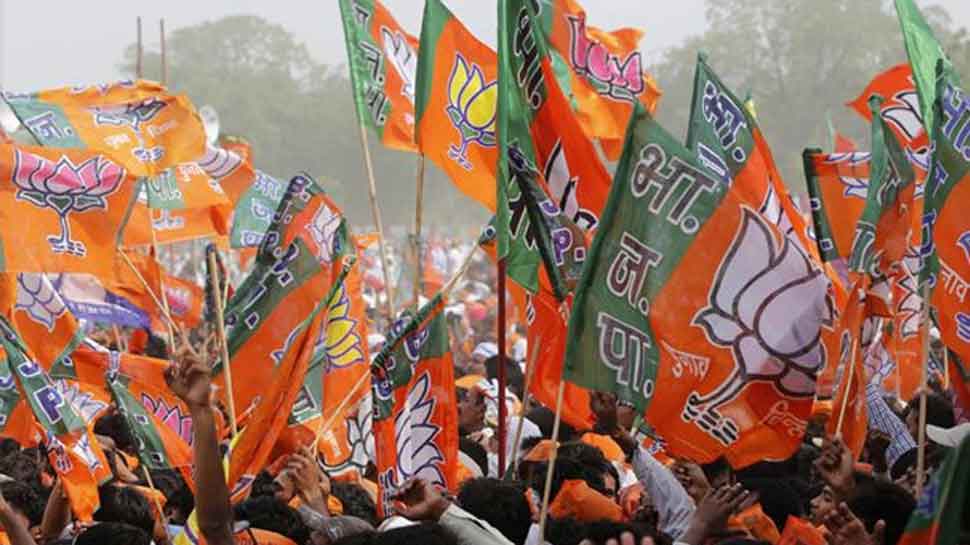 NEW DELHI: The counting of votes for the assembly by-election held recently in four assembly seats in Chhattisgarh's Dantewada, Kerala's Pala, Tripura's Badharghat and Uttar Pradesh's Hamirpur concluded on Friday. Following an announcement by the Election Commission, the by-election was held on September 23.

In Uttar Pradesh’s Hamirpur, BJP’s Yuvraj Singh emerged victorious in a tough race with Samajwadi Party’s candidate Manoj Prajapati, with a margin of 17,000 votes. Yuvraj Singh polled a total of 74,500 votes while Manoj Prajapati of SP got 57,300 votes. In Kerala's Pala, Mani C Kappan of the LDF has won, securing a nail-biting victory over his UDF opponent Jose Tom by 2,943 votes. Meanwhile, in Tripura’s Badharghat seat, the BJP has emerged victorious. BJP candidate Mimi Majumder won the Badharghat Assembly by-poll in Tripura defeating her nearest CPI-M rival Bulti Biswas by a margin of 5,276 votes.

The Dantewada seat in Naxal-affected Chhattisgarh was won by Congress candidate Dewati Karma. The voter turnout in the bypoll in Dantewada, a seat reserved for Scheduled Tribe candidates, had been registered at 60.59%.

Majumder secured 20,487 votes while her CPI-M-led Left Front rival and woman candidate Biswas got 15,211 votes, according to EC officials.

In Badharghat by-poll in Tripura, BJP candidate Mimi Majumder has won by defeating her nearest CPI-M rival Bulti Biswas by a margin of 5,276 votes.

PALA: In a first in the state by-election, the Left Democratic Front (LDF) is likely to capture the United Democratic Front (UDF) fortress as NCP's Mani C Kappen is raising the lead as the vote count continues. Kappan is currently leading with over 2,000 votes.

PALA: Mani C Kappan leading by 4,163 votes after 9 rounds of counting in Pala. EVMs of 50 booths yet to be counted. 126 booths counted

DANTEWARA: Devati Karma of the Congress is leading by 10460 votes followed by BJP's Ojasvi Bhima Mandavi with 6182 votes.

DANTEWADA: First round of counting data:

DANTEWADA: First phase counting is over, BJP got 1511 votes in first phase. The same Congress got 3267 votes. Congress ahead of BJP by 1756 votes. The postal ballot-counting continues.

DANTEWADA: The counting of postal ballots is going on and as per the initial trend BJP's Ojasvi Mandawi is ahead.

BADHARGHAT (SC): The by-election was necessitated by the death of sitting BJP legislator Dilip Sarkar. A former five-time Congress legislator, Sarkar, who joined BJP in 2017 along with seven other Congress MLAs, died on April 1 after a prolonged illness.

HAMIRPUR: The by-election was necessitated following the conviction of Ashok Chandel, former BJP MLA from the constituency, in a murder case and his subsequent disqualification from the Assembly. Chandel was sentenced to life imprisonment by the Allahabad High Court in a 22-year-old shootout case in which five members of a family were killed in Hamirpur.

The election was a four-cornered fight between the Bharatiya Janata Party (BJP), Samajwadi Party (SP), Congress and Bahujan Samaj Party (BSP). The BJP has fielded Yuvraj Singh, SP has declared Dr Manoj Prajapati, Congress has announced Hardeepak Nishad and BSP has selected Naushad Ali as their respective candidates from the Hamirpur assembly seat.

DANTEWADA: The by-election was necessitated by the death of Bhima Mandavi who was killed in a Maoist attack on April 9. Maoists had attacked the convoy of the BJP leader by triggering an improvised explosive device (IED) during the Lok Sabha election. Besides Mandavi, five security personnel were also killed in the attack. The BJP legislator`s vehicle was last in the convoy.

The Congress has fielded Devati Karma, whose husband Mahendra Karma was killed by the Naxalites in the Jhiram massacre and the BJP's candidate is Ojasvi Mandavi, the widow Bhima Mandavi.

PALA: The by-election was necessitated by the death of Kerala Congress-Mani founder KM Mani in April, who represented the constituency since 1967. The fight is between veteran Congress-led United Democratic Front legislator PJ Joseph -- the working chairman of the party, Jose Tom Pulikunnel, NCP leader Mani C Kappen and BJP-led NDA`s candidate N Hari.

In Hamirpur, the counting of votes will take place in 34 rounds.

In Dantewada, at first, the poster ballot will be counted. It will be then followed by counting in EVMs in 20 round. The security arrangements have been heightened. There are four levels of security.

The counting of votes for the assembly by-election held recently in four assembly seats in Chhattisgarh's Dantewada, Kerala's Pala, Tripura's Badharghat and Uttar Pradesh's Hamirpur will begin at 8 am on Friday.