Efforts being made to boost defence production, give big role to private players, says PM Modi

Even as several Chief Ministers oppose the holding of JEE and NEET exams, the NTA released admit cards for NEET on Wednesday. The JEE-Mains exam is scheduled to take place from September 1-6 while the NEET-UG is scheduled for September 13. 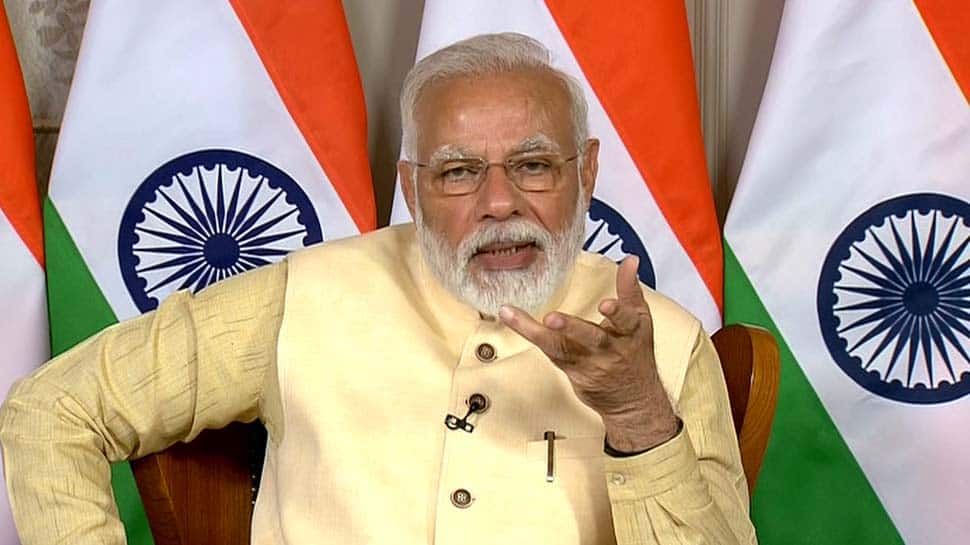 New Delhi: Even as several Chief Ministers oppose the holding of JEE and NEET exams, the NTA released admit cards for NEET on Wednesday. The JEE-Mains exam is scheduled to take place from September 1-6 while the NEET-UG is scheduled for September 13.

Thanks for joining us on Zee News.

A decision has been taken to permit up to 74% FDI in the defence manufacturing through automatic route: PM Modi at Atmanirbhar Bharat Defence Industry Outreach Webinar

A decision has been taken to permit up to 74% FDI in the defence manufacturing through automatic route: PM Modi at Atmanirbhar Bharat Defence Industry Outreach Webinar

Our work for 'Aatmanirbhar Bharat' will also boost India's ability of being net security provider in Indian Ocean: PM Modi.

Our resolve for 'Aatmanirbhar Bharat' not inward-looking, but for making India capable and boosting global peace & economy: PM Modi.

Efforts being made to boost defence production, develop new technology and give big role to private players in defence sector: PM Modi

At least four persons are feared trapped after a portion of a three-storey building in Nagpada area of south Mumbai collapsed on Thursday, the fire brigade officials said. The toilet block portion of the building on Shuklaji Street caved in around 1 pm, they said. Five fire engines, a quick response vehicle and ambulances have reached the spot and the rescue operation is on, the officials said. Further details are awaited. (PTI)

Drivers working with mobility platforms Ola and Uber have threatened to go on strike in Delhi-NCR from September 1 in support of their various demands like fare hike and extension of moratorium on repayment of loans. Around 2 lakh drivers working with cab aggregators will take part in the strike if the government fails to solve our problems, said Kamaljeet Singh Gill, president of Sarvodaya Drivers Association of Delhi. (PTI)

Heavy rainfall over the past two days in Kashmir has brought respite from the rising temperatures as the mercury has plunged by several degrees across the valley, officials said on Thursday.
They said the continuous rainfall across Kashmir since the intervening night of Tuesday and Wednesday has also brought relief to the farmers as the valley had reeled under dry weather conditions over the past three months. (PTI)

Former President Pranab Mukherjee continues to be in a deep coma and on ventilator support, the hospital where he is admitted said on Thursday. According to the doctors treating 84-year-old Mukherjee, he is haemodynamically stable. Doctors say a patient is haemodynamically stable when the blood circulation parameters - blood pressure, heart and pulse rate, are stable and normal. (PTI)

Rain lashes parts of Raipur in Chhattisgarh. Spells of rainfall are likely in the city for the next six days, according to the weather forecast by IMD. (ANI)

SC says its 2004 verdict that states do not have power to sub-classify SC/STs for grant of quota needs to be revisited. (PTI)

With 1,73,195 cases, Maharashtra has the highest number of active cases and 23,089 patients succumbed to the disease in the state.

Union Minister Dr Harsh Vardhan will chair a meeting to "understand the current status of southwest monsoon in the country".

Today, I will chair a meeting at @moesgoi to understand the current status of #SouthwestMonsoon over India. This year, #Monsoon arrived well on time on June 01, and is expected to be normal during the season as predicted by @Indiametdept in April @rajeevan61 @moesgoi pic.twitter.com/Yq2pIcU77N

Finance Minister Nirmala Sitharaman will chair the 41st Goods and Services Tax (GST) Council meeting on Thursday.Minister of State (MoS) for Finance Anurag Thakur, Finance Ministers of States and Union Territories (UT) and senior officers from the Union Government and states will attend the meeting which will begin at 11 am today via video conferencing. (ANI)