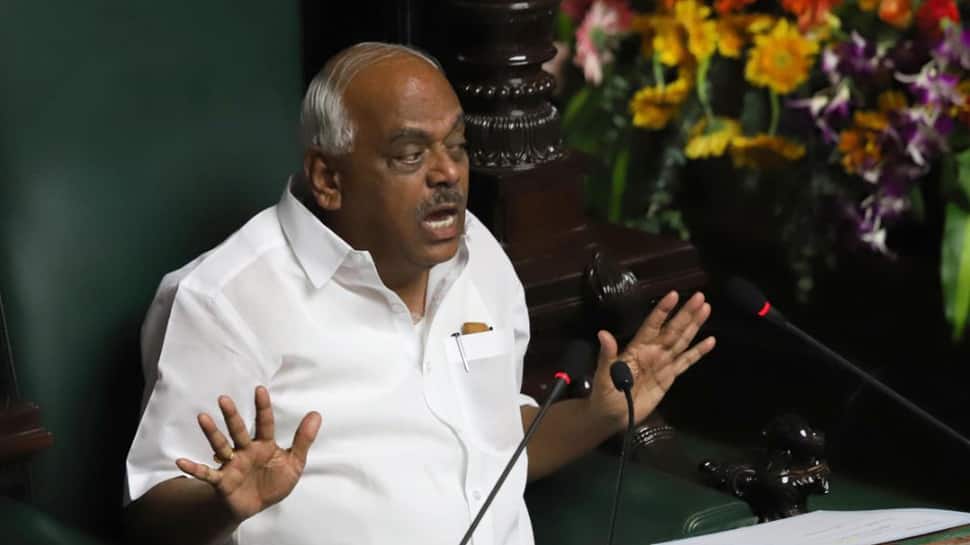 Here are the highlights from Monday (July 29):

KR Ramesh Kumar submitted his resignation to the Deputy Speaker, following which the House has been adjourned till 5 pm.

The Finance Bill has been passed for the next three months, following which a decision will be taken by the Yediyurappa government.

After winning the trust vote, Chief Minister BS Yediyurappa gets Finance Bill passed by the Assembly. The Finance Bill had been prepared by the previous Congress-JDS government.

Kumaraswamy: From the past 14 months, I ran this government. I have no obligation to answer your questions. I need to answer to my conscience. That is all is required. From the past 14 months, everything has been recorded. Everybody knows what work I have done. I took several steps to waive off farmer loans. I need not talk much about it. But, the coalition government has worked with such honesty in this regard.

Siddaramaiah: Unfortunately, Yediyurappa has never been the chief minister with the people's mandate. Where is the mandate? You didn't have it in 2008, 2018 or even now. When he took oath there were 222 MLAs in the house, where did BJP have 112 MLAs to have majority? They had 105 seats. That is not mandate. We hope you will be chief minister but there is no guarantee of that. You are with the rebels can you give a stable government? It's impossible. I oppose this confidence motion because this government is unconstitutional and immoral.

Addressing the House, Congress leader Siddaramaiah said: Over the 14 months administration was such that the people appreciated it. But the chief minister alone doesn't make a council of ministers. I had also announced schemes immediately after I was chief minister and Yediyurappa too had given such schemes. Yediyurappa has said about two installments to farmers. I had announced something similar in the 2018 February budget, called Raitha Belaku. That would have been brought up in a few days. I had also waived weavers' loans. So you have only reiterated that. I want to thank you for that. I'll say this, he said this government was made on the people's mandate, that is completely untrue! You didn't have the mandate. The rebels were called such only by the media. Democracy means you can be satisfied only when you work for the people. So, your government Yediyurappa is not based on people's mandate.

Congress leader Siddaramaiah speaks in Karnataka Assembly ahead of trust vote, says, "We discussed Kumaraswamy's confidence motion over four days. I, too, participated in that and I don't wish to speak about that. I could've spoken about the circumstances under which Yediyurappa became chief minister. I wish him well and welcome his assurance that he will work for the people. We are all elected to this house to work for the people and we must try to do this. I attempted this in the five years as chief minister and so did Kumaraswamy. However, Yediyurappa has said administration has come to a standstill and he wants to rectify that. That wasn't the case. In the coalition we worked towards bringing to force the common minimum programme".

Ahead of the trust vote in Vidhana Soudha, Chief Minister BS Yediyurappa offered prayers at Sri Bala Vera Anjaneya temple in Bengaluru on Monday. He has expressed confidence that his government has the numbers required to win the trust vote.