Shiv Sena chief Uddhav Thackeray was sworn-in as the 18th Chief Minister of Maharashtra on Thursday evening, bringing an end to weeks of political instability and stunning turnarounds in the state's politics.

MUMBAI: Shiv Sena chief Uddhav Thackeray was sworn-in as the 18th Chief Minister of Maharashtra on Thursday evening, bringing an end to weeks of political instability and stunning turnarounds in the state's politics.

State's Governor BS Koshyari administered the oath of office and secrecy to Uddhav Thackeray, 59, who sported a striking saffron-colored 'kurta-pyjama' at a spectacular oath-taking ceremony at the iconic Shivaji Park, where his father Bal Thackeray had addressed his first rally to announce the birth of the Shiv Sena in 1966.

Uddhav's ascension to the top post came after political tussle and hectic negotiations between the Sena, Nationalist Congress Party (NCP) and the Congress to form a coalition government after Sena decided to snap its ties with BJP over the chief minister’s post.

Saying that Uddhav Thackeray has betrayed the mandate of the people of Maharashtra, a Hindu Mahasabha leader has filed a plea in the Supreme Court seeking to term the Maharashtra government as invalid.

Catch all the live updates from Maharashtra government formation here:

NCP is also demanding tht Jayant Patil be made the Home Minister in the state. Congress is in favour of allocating the Revenue Ministry to Balasaheb Thorat, who they want to see as Deputy CM as well, according to sources.

It is likely that NCP leader Dilip Walse Patel be made Speaker in the assembly, according to sources.

NCP wants that only Ajit Pawar be made deputy chief minister of the state.

According to sources, tensions surface between NCP and Congress over the post of Deputy Chief Minister in Maharashtra government.

Sources say that Congress is demanding the seat of the deputy CM while giving the post of the Speaker in assembly to the NCP.

Former Maharashtra CM and BJP leader Devendra Fadnavis attacks the Shiv Sena-led government in Maharashtra in a series of tweets and says, "In the first Cabinet Meeting of new government, yesterday, they chose to discuss how to prove majority secretly, instead of discussing on how assistance & relief can be given to farmers suffering from unseasonal rains. If this government has majority, then why are they secretly calling the house? Why efforts to change the Pro-tem Speaker, going against the rules? Why still doubt your own MLAs so much? Why are they still hiding them?"

When BJP has already announced to sit in the opposition and MahaVikas Aaghadi has made so many claims that they have full majority, that too exhibiting in different ways, why this secrecy and fear?

He adds, "When BJP has already announced to sit in the opposition and MahaVikas Aaghadi has made so many claims that they have full majority, that too exhibiting in different ways, why this secrecy and fear? Maharashtra wants these answers!"

Maharashtra government may call the assembly session on Saturday to elect the speaker of the assembly and prove the majority.  The decision will be taken today.

After his meeting with Shiv Sena leader Sanjay Raut, Goa Forward Party (GFP) president Vijay Sardesai says, "Govts don't change after making announcement. It happens suddenly. What happened in Maharashtra, should be done in Goa too. Opposition should come together. We met Sanjay Raut. 'Maha Vikas Aghadi' which has been formed, should extend to Goa too."

Goa Forward Party president and ex-Dy CM of Goa, Vijai Sardesai along with three MLAs, is forming an alliance with the Shiv Sena. A new political front is taking shape in Goa, just like it happened in Maharashtra. Soon you will see another magic happening in Goa as well, says Sanjay Raut.

Sanjay Raut, Shiv Sena: It will happen across the country. After Maharashtra it is Goa, then we will go to other states. We want to make a non-BJP political front in this country. https://t.co/eKYHS1gAsA

"We have met the ex-deputy CM and ex-MLAs of Goa. Talks of alliance are going on. After Goa, we will move outside and form a non-BJP front," he added.

After proving the majority on the floor of the House, Chief Minister Uddhav Thackeray-led government will expand cabinet on December 3, according to sources.

Name of Devendra Fadnavis has been replaced by Uddhav Thackeray's name on the nameplate outside Chief Minister's Office in Mantralaya. 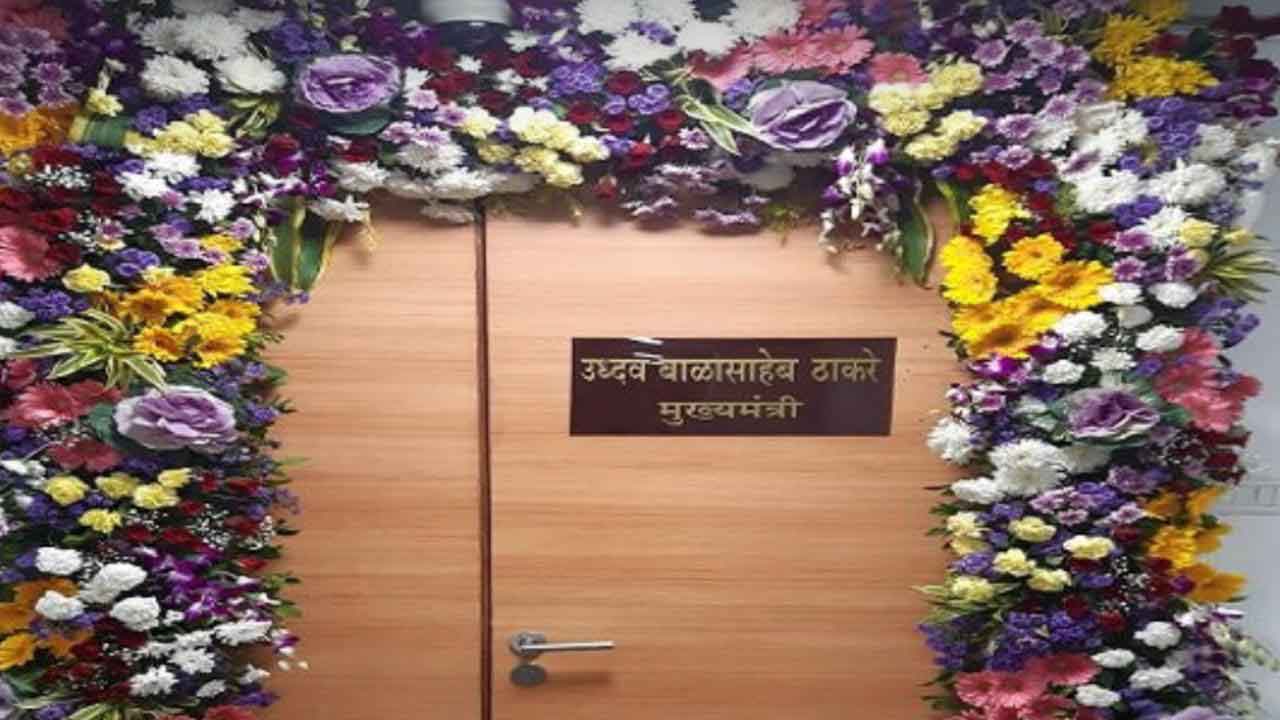 Following the government formation in Maharashtra, Shiv Sena leader Sanjay Raut took to Twitter and said in Hindi, "In the game of chess, we play such a move that the pawn trumps the King."

Supreme Court is scheduled to hear a plea filed by a member of Hindu Mahasabha against the formation of a government by Uddhav Thackeray in Maharashtra.

The plea seeks to term the Maharashtra government "invalid" while asserting that the government was formed by betraying the mandate of the people in the state.