Anil Mishra, a member of the Shri Ram Janmabhoomi Teertha Kshetra Trust said in the wake of the coronavirus pandemic and restrictions of social distancing, there will be a limited gathering of up to 200 people at the event. 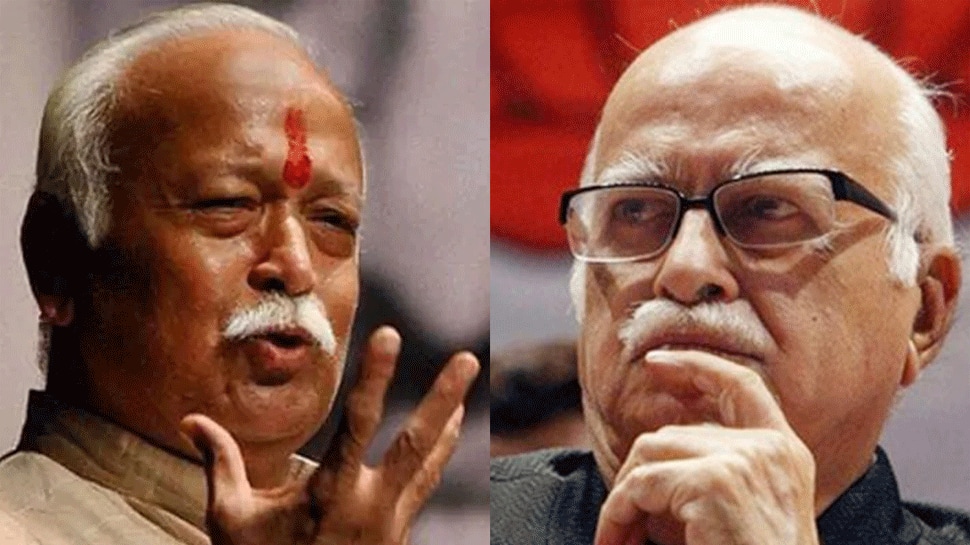 New Delhi: Veteran BJP leaders LK Advani, MM Joshi and RSS chief Mohan Bhagwat are among those being invited to the 'bhoomi pujan' ceremony of Ram temple in Ayodhya on August 5 which will be shown live by Doordarshan, trustees of the temple said on Sunday.

Besides them, there is also a view to invite spiritual leaders from all faiths, Anil Mishra, a member of the Shri Ram Janmabhoomi Teertha Kshetra Trust, told PTI.

He said that in the wake of the coronavirus pandemic and restrictions of social distancing, there will be a limited gathering of up to 200 people at the event.

The list is yet to be finalised, he said.

Invitations are being extended to several people who have been part of this temple movement including BJP leaders LK Advani, Murali Manohar Joshi and Uma Bharti, Mishra said.

Kameshwar Chaupal, another trustee of the temple, said top leaders of the Rashtriya Swayamsevak Sangh including its chief Mohan Bhagwat and general secretary Suresh Bhaiyyaji Joshi are also being invited for the event along with VHP's working president Alok Kumar.

According to the Trust members, Prime Minister Narendra Modi is likely to visit Ayodhya for the ceremony to begin the construction of the Ram temple.

Chaupal also said soil is being collected from all major places of worship including gurudwaras and Buddhist and Jain temples for 'bhoomi pujan'.

Underlining that it will be the most important event in the history of independent India, Trust's general secretary Champat Rai said it will be shown live by Doordarshan and other channels.

He also appealed to devotees of Lord Ram to celebrate this occasion in their respective homes or by gathering at nearby temples, instead of coming to Ayodhya.

Alok Kumar, the working president of Vishwa Hindu Parishad (VHP) which is coordinating the soil collection programme for the event, said that soil from various religious places including Jain temples, Balmiki temples and Gurudwara Sis Ganj in Delhi has been sent to Ayodhya.

"As and when this pandemic will allow, VHP will launch a country-wide drive to raise funds for the construction of the temple and will reach out to ten crore families," he said.

Describing it as a "once in a century moment", Kumar hoped that the groundbreaking ceremony will be a grand event.

After a protracted legal tussle, the Supreme Court had on November 9 last year paved the way for the construction of a Ram Temple by a Trust at the disputed site in Ayodhya, and directed the Centre to allot an alternative 5-acre plot to the Sunni Waqf Board for building a new mosque at a "prominent" place in the holy town in Uttar Pradesh.