The current low-pressure system is also creating a flood-like situation in the Saurashtra region. 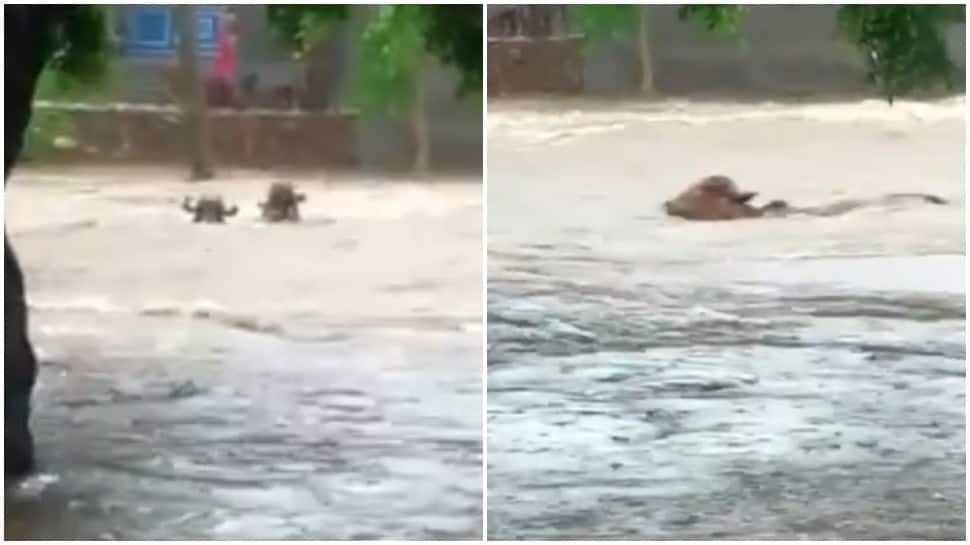 Rajkot: Incessant rainfall in the last few days in Gujarat has led to a flood-like situation in various parts of the state. Over 40 cattle were swept away in a local flood on Tuesday (July 7, 2020) in approximately 9 inches of rain in Khijadiya village of Paddhari in Rajkot.

The current low-pressure system is also creating a flood-like situation in the Saurashtra region.

The India Meteorological Department (IMD) on July 6 had said that the monsoon remains vigorous and heavy to very heavy rainfall is expected in parts of Saurashtra and North and South Gujarat in the next three days.

Ranjit Sagar Dam in Jamnagar has reportedly overflowed due to heavy rains in the region. A nearly 30-year-old bridge in the Junagadh district over a river was also caved in.

Meanwhile, several National Disaster Response Force (NDRF) teams have been deployed to jump in action as and when required.

NDRF DG said that the teams in Valsad and Rajkot districts did a recee of low lying areas with district officials on Tuesday.

Earlier on June 30, around seven people lost their lives in the Saurashtra region due to lighting and thunderstorms.