Several people have joined the pro-Citizenship Amendment Act rally in Nagpur and it is expected that former Maharashtra Chief Minister Devendra Fadnavis would also join the rally. 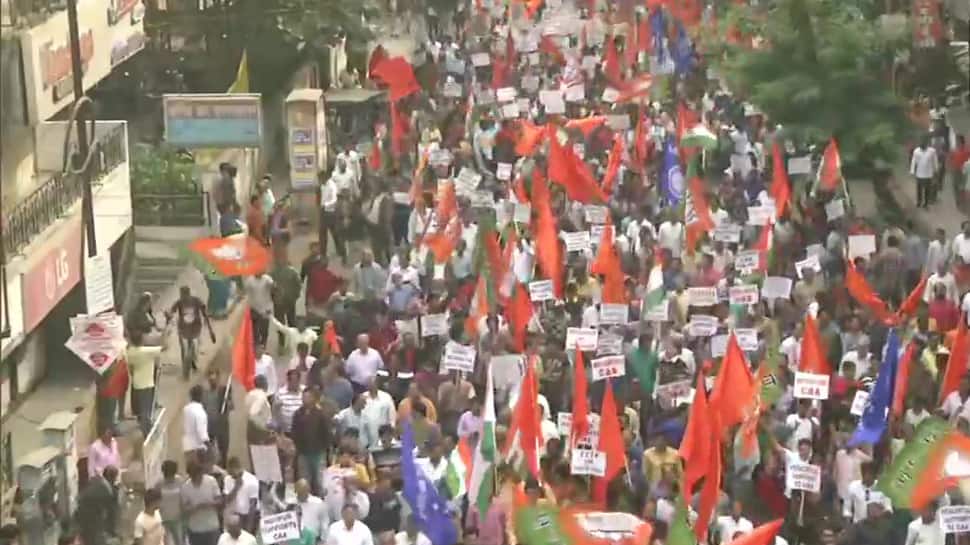 Amid raging protests against amended Citizenship Act, a rally was organised in support of the Citizenship Amendment Act (CAA) in Nagpur by Lok Adhikar Manch, BJP, RSS and other organizations. The rally started from Yashwant Stadium in Nagpur and it will culminate at 'Samvidhan Chowk' in the city. Several people joined the rally and many were seen waving flags of the BJP and some other social organisations. Some demonstrators carried the Indian national flag at the rally.

#WATCH Maharashtra: A rally in support of #CitizenshipAmendmentAct organized in Nagpur by Lok Adhikar Manch,BJP, RSS and other organizations. pic.twitter.com/uAyCHoAi4z

Union Minister Nitin Gadkari attended the rally and said that Mahatma Gandhi had said that persecuted minorities in Pakistan and Afghanistan should be given Indian citizenship. He added that Swami Vivekananda had said in Chicago, US, that India respects all religions. He also quoted B R Ambedkar and said that he had said that if Muslims want to leave India they will get citizenship in over 100 countries across the world but Hindus, Buddhists, Jains and Parsis cannot go anywhere except India.

n Saturday (December 21) Lok Adhikar Manch convenor Govind Shende had said that some people are trying to create disturbance in the country by opposing the CAA. He had also said that the Congress and some other opposition parties are misleading the people by spreading misconceptions about the Act that has been passed by both Lok Sabha and Rajya Sabha.

The CAA grants citizenship to Hindus, Sikhs, Jains, Parsis, Buddhists and Christians fleeing religious persecution from Pakistan, Afghanistan and Bangladesh who came to India on or before December 31, 2014.

The ruling Bharatiya Janata Party (BJP) also announced on Saturday that it will launch a communication campaign to counter misinformation spread by Congress and other opposition parties over the new law leading to violent protests in several parts of the country, including Delhi.