Lok Sabha election 2019: Mayawati to campaign for Mulayam in Mainpuri after 24 years

The two titans of the UP politics have never shared the stage following the infamous Guest House incident. 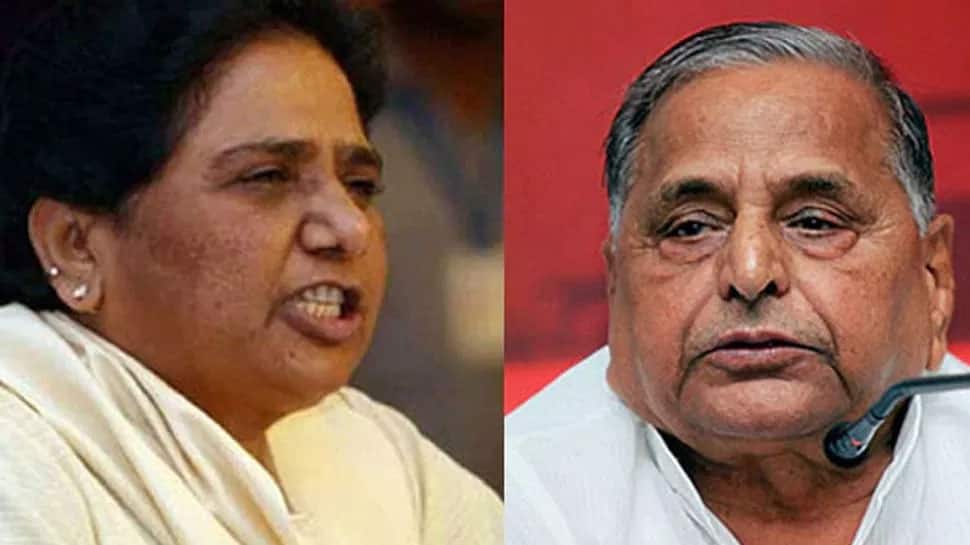 LUCKNOW: In what marks the beginning of a new phase in Samajwadi Party-Bahujan Samaj Party ties, Dalit icon Mayawati will campaign for veteran socialist leader and SP founder at an election rally in Mainpuri in the run-up to the Lok Sabha election 2019.

According to SP spokesperson Rajendra Chaudhary, Mayawati will campaign he SP patriarch during a rally in the party's bastion – Mainpuri - on  April 19.

The move is aimed at silencing the BJP which has been attacking Mayawati, reminding her of the infamous Guest House incident of June 1995 in which she was attacked by the SP leaders.

The two titans of the UP politics had never shared the stage following the incident.

It may be recalled that the SP patron has been named party candidate from Mainpuri.

Akhilesh Yadav and Mayawati will also hold 11 joint rallies to seek support for the SP-BSP-RLD alliance which has been stitched just before the Lok Sabha elections scheduled for April and May.

Sharing more details, the SP spokesperson said that the joint rallies would be held to ensure "victories of alliance candidates and ouster of the BJP from the centre".

The joint rallies have been designed to send a message that the workers of the two parties have set aside their political rivalry and joined ranks to defeat the BJP, he said.

Accordingly, all campaign and publicity materials from now on will have the pictures of Mayawati and Mulayam Singh and hoarding would be set up displaying the election symbols of two parties..

As per the plan, Akilesh and Mayawati will address rallies at Deoband in Saharanpur (April 7), Badaun (April 13), Agra (April 16), Mainpuri (April 19), Rampur and Firozabad (April 20).

After a brief break, Mayawati and Akhilesh yadav will address rallies at Dimple Yadav`s constituency Kannauj on April 25, Faizabad (May 1), Azamgarh (May 8) and Gorakhpur (May 13). The joint campaign will conclude with a rally in Varanasi, the constituency of Prime Minister Narendra Modi, on May 16.

The SP is contesting 37 seats under the seat sharing deal while the BSP will contest 38 seats. Three seats have gone to the RLD while two seats, Amethi and Rae Bareli, have been left for the Congress.