Movement of several trains in the Northern Railway region has been affected due to fog. 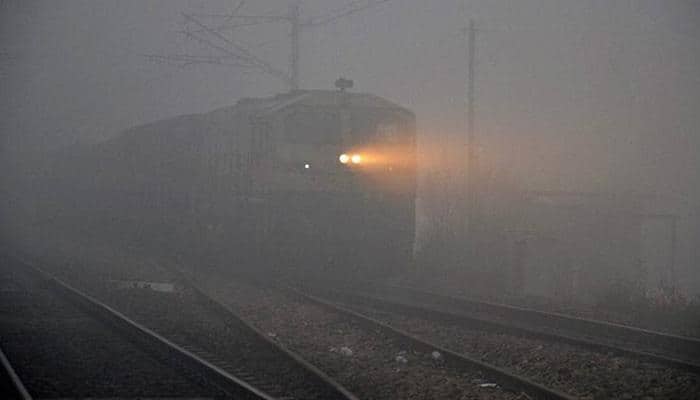 New Delhi: Movement of several trains in the Northern Railway region has been affected due to fog. At least 15 Delhi-bound trains would be running late on Tuesday (January 14) by about two to six hours due to inclement weather conditions.

The list of other trains running late is given below. 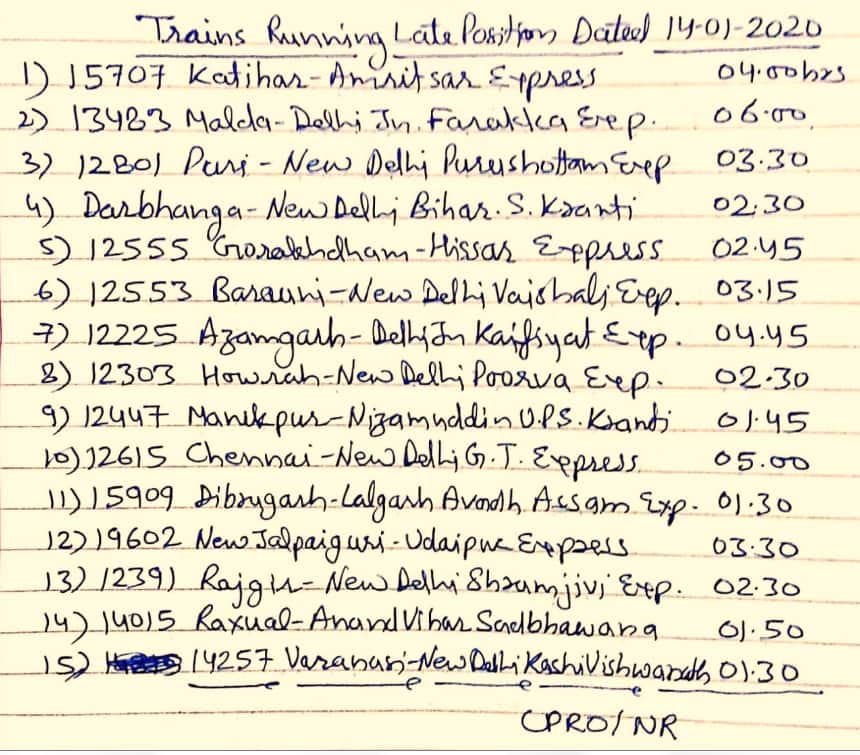 On Monday, at least 15 Delhi-bound trains were running late by about two to five hours due to severe fog in several parts of northern India.

Notably, the national capital on Monday witnessed fog and `very poor` air quality as it remained cloudy, with the weather office predicting showers during the day.

The minimum temperature was recorded at nine degrees Celsius. A Western Disturbance has given rise to a cyclonic circulation over Afghanistan and Pakistan between 1.5 and 3.1 km above mean sea level, the Met reportedly said.

According to the Centre-run System of Air Quality and Weather Forecasting (SAFAR), the overall air quality index (AQI) of Delhi was recorded at 356.