New Delhi: Congress party on Saturday constituted a six-member screening committee for the upcoming Haryana assembly elections, with senior party leader Madhusudan Mistry as its chairman. The announcement regarding the new appointments was made by party general secretary KC Venugopal after the same was approved by interim Congress president Sonia Gandhi.

Assembly elections in BJP-ruled Haryana are slated for later this year and the Congress is seeking to wrest back power from the BJP.

The new appointments were made nearly 10 days after the Congress named Selja Kumari as the chief of its Haryana unit and appointed Hooda chairperson of the election management committee. 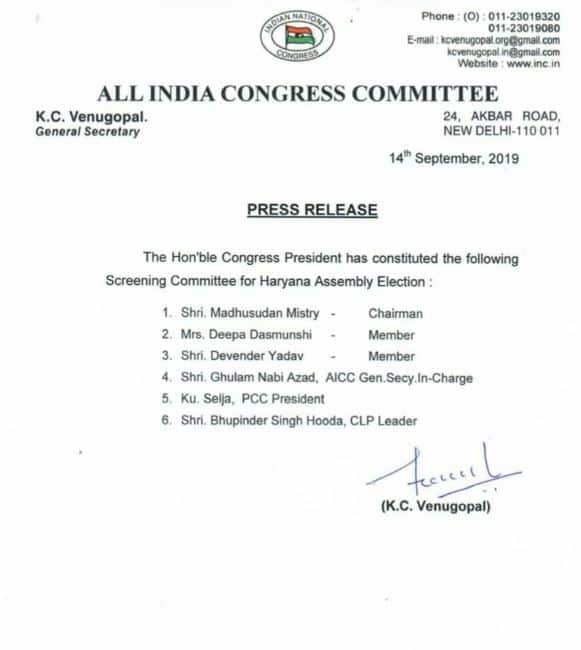 Sonia Gandhi had also appointed Hooda as Congress Legislative Party (CLP) leader and by virtue of that, leader of opposition in the state assembly.

In the 2014 Assembly polls, the BJP won 47 seats and went on to form its government.

The Congress could only win 15 seats in the 90-member Assembly.

The Indian National Lok Dal (INLD) had 19 legislators. Since then, the INLD has split into two factions.