At least 24 people died and thousands were evacuated to safety as rains lashed the Chambal-Gwalior region of north Madhya Pradesh last week. 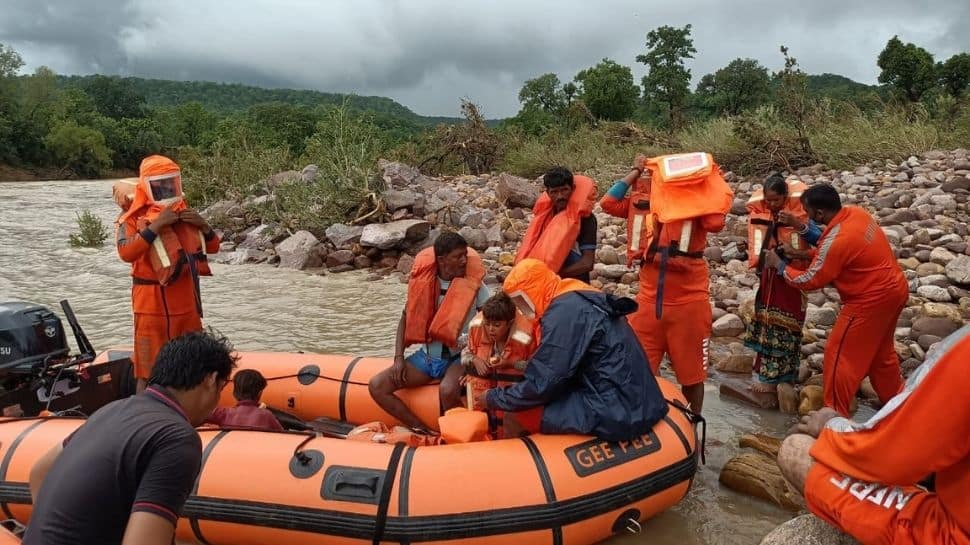 In a statement issued late Sunday evening, Chouhan also said the families of those who died in the floods will be given a financial assistance of Rs four lakh each.

In addition to the regular ration given to beneficiaries, an additional 50 kg of food grains will be given to the flood-hit families, he said.

“Wherever possible, we will provide wheat flour to such families so that they can arrange for their food immediately,” he said.

Besides, Rs 6,000 was being given immediately to families who lost their houses so that they can stay in rented accommodations, the CM said.

The families of those who died in the floods will also be given financial assistance of Rs four lakh each, he said, adding that Rs 30,000 will be given to those who lost their dairy cattle, while Rs 25,000 will be provided for the loss of other cattle.

Relief will also be provided for crop loss due to the floods, the CM added.

Meanwhile, state Congress chief Kamal Nath accused the BJP government in the state of failing to provide relief to the flood-hit people.

"Why had the government not made any arrangements when the Meteorological department issued the warning of heavy rains in the flood-hit districts,” Nath asked while addressing a meeting of Congress MLAs on Sunday night.

He claimed the relief measures were only limited to the state government's announcements.

“The state government is only publicising the rescue work and exaggerating the data,” the former state chief minister alleged.

LIVE: Nation is witness to fact that PM has been working for all-round development, says Agri Minister