A doctor at a government hospital here was suspended Sunday after a video, where she is purportedly seen asking the parents of a child with burn injuries to arrange a ventilator themselves, went viral. 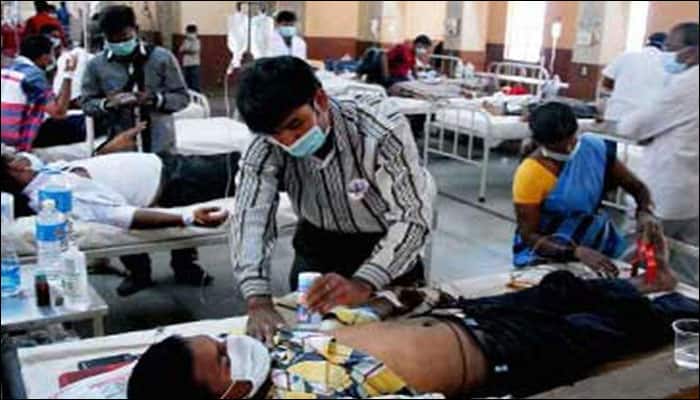 SAGAR: A doctor at a government hospital here was suspended Sunday after a video, where she is purportedly seen asking the parents of a child with burn injuries to arrange a ventilator themselves, went viral.

Devendra Ahirwar, Anshika's father, told the media that she suffered burn injuries Friday morning after falling into a pot of boiling water. She was taken to Bundelkhand Medical College where the doctors said she had suffered 70 per cent burn injuries.

Her condition began to deteriorate in the afternoon, he said, alleging that no doctor was present in the ward then.

Dr Raut came to the ward after some time and told him that the child needed to be put on a ventilator, but the Burns Department of the hospital did not have one, Ahirwar said.

When the family insisted that a ventilator should be arranged somehow, the doctor allegedly asked them to get one themselves, saying "it costs Rs one crore". The girl died in the evening.

The alleged conversation was captured by someone on a mobile phone and circulated on social media.

College's dean Dr G S Patel said Sunday that a ventilator was available in the ICU where the patient could have been shifted.

"We are conducting an inquiy. I was out of town. I am not aware of what transpired between patient's family and the doctor," he said.

Madhya Pradesh government's Public Relations Department said a committee headed by Sagar's additional commissioner Virendra Singh Rawat has been set up for inquiry and the doctor has been suspended.

Matua votes or faction fight? What led to the murder of TMC MLA Satyajit Biswas