The survey officially called the Swachh Survekshan, is an annual survey of cleanliness, hygiene and sanitation in cities and towns across India, which is carried out as a part of the Swachh Bharat Abhiyan.

New Delhi: Indore city in Madhya Pradesh has been ranked the cleanest city in India for the fourth time in a row. The rankings for the cleanest cities for Swachh Survekshan League were announced on Tuesday in the Central government's cleanliness survey.

Madhya Pradesh's Bhopal ranked second in the first-quarter results (April-June), while Gujarat's Rajkot grabbed the second spot in second-quarter results (July-September). The third position was bagged by Gujarat's Surat in the first quarter and Navi Mumbai in Maharashtra in the second quarter. These cities were included in the category where the population is more than 10 lakhs. This time, a total of 4,237 cities participated in the league. 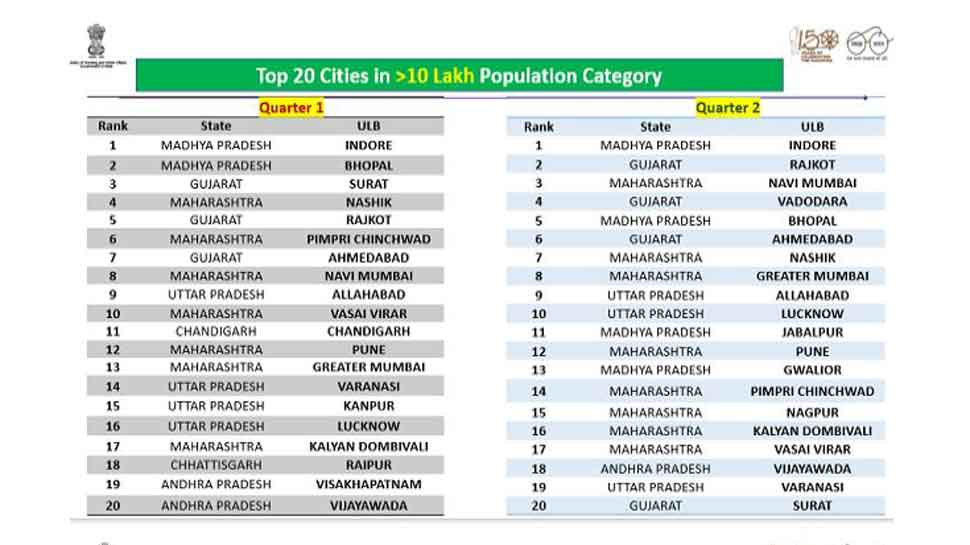 Jamshedpur in Jharkhand was adjudged the cleanest city among those with a population less than ten lakh. NDMC and Madhya Pradesh's Khargone were ranked 2 and 3 respectively in Q1. In Quarter 2, Chandrapur (Maharashtra) and Khargone stood at the second and third spot. Moga in Punjab, meanwhile, topped the list in terms of rural cleanliness. 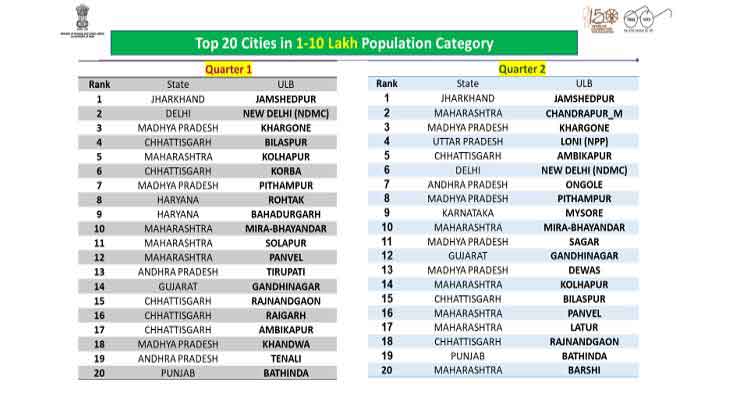 In the previous cleanliness survey, the second and third spots had gone to Ambikapur in Chhattisgarh and Mysore in Karnataka. The post NDMC area in Delhi, which houses VIPs, ranked fifth.

The survey officially called the Swachh Survekshan, is an annual survey of cleanliness, hygiene and sanitation in cities and towns across India, which is carried out as a part of the Swachh Bharat Abhiyan (Clean India Mission). While it was first conducted in 2016 and covered 73 cities, in 2019, it was carried out in 4,237 cities and was said to be the largest cleanliness survey in the world.

It is carried out by the Quality Council of India (QCI).