Modi said all these parties once used to abuse the Congress, but now their leaders are together as the ground is slipping beneath their feet. 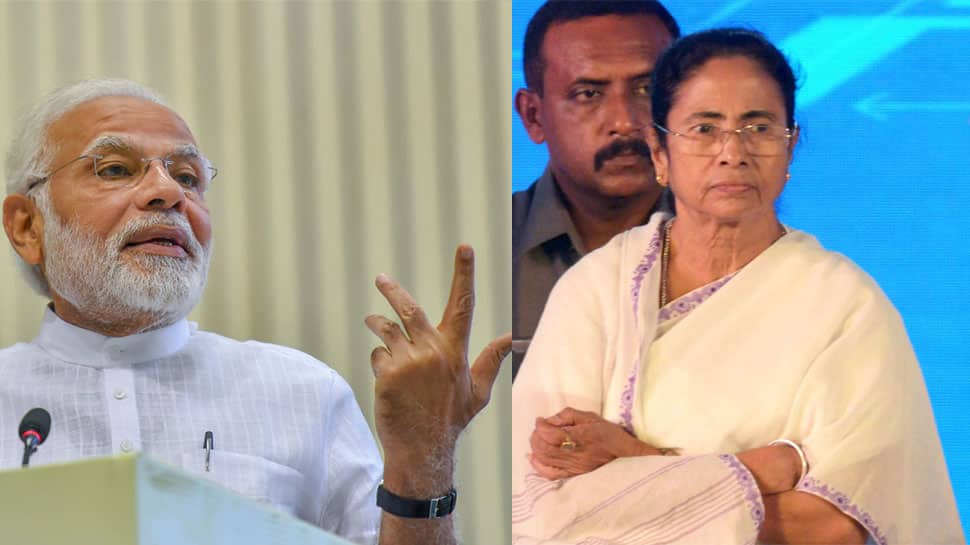 Silvassa: On a day when many opposition parties came together on a common platform in Kolkata, Prime Minister Narendra Modi hit out at their proposed 'mahagathbandhan' or grand alliance, saying it is a combination of those who are angry at his stringent action against corruption as they have been stopped from looting public money.

"The 'mahagathbandhan' or grand alliance is not just against Narendra Modi but also against the people of India.... They can make any number of gathbandhan to save their parivars, their sultanates... But they will never be able to win hearts of the people," the prime minister said on Saturday while addressing a public function at Silvassa, the capital of the Union Territory of Dadra and Nagar Haveli.

In a dig at the opposition rally organised by the Trinamool Congress (TMC) in Kolkata, he said the BJP has only one MLA in West Bengal, "but still they are so afraid of us because we follow the path of truth that they have gathered parties from across the country and are crying 'bachao, bachao, bachao' (save us)".

"They are so angry that I prevented them from looting public money that they are trying to form the 'mahagathbandhan'," Modi said, adding that these leaders have come together out of fear.

"They can make any number of gathbandhan to save their parivars, their sultanates, but they cannot run away from their karmas. Their karmas are following them on each and every step," Modi said.

"Their politics, which is centred around hatred for Modi, can get traction in newspapers and television channels, but it will never be able to win hearts of the people who are watching their every move," the prime minister said, after laying a foundation stone for a medical college.

Against the backdrop of the West Bengal government denying permission to BJP to organise yatras in West Bengal, the PM said political parties in the TMC-ruled state are not even allowed to carry out their programmes.

"Party workers are killed there during elections and they talk about saving democracy. When those involved in suffocating democracy talk of saving it, then people will say 'wah kya baat hai...'," he said, mocking the parties opposing the BJP.

Leaders of an array of opposition parties are taking part in the 'United India Rally' in Kolkata, where Trinamool Congress (TMC) chief Mamata Banerjee gave a call for changing the Bharatiya Janata Party-led government in the upcoming Lok Sabha polls.

Modi said all these parties once used to abuse the Congress, but now their leaders are together as the ground is slipping beneath their feet.

"Their world starts with hatred for Modi and ends by hurling abuses at Modi. Their world is centred around the progress of their families, their kith and kin. In their world, there is no vision for India," Modi said.

"While my world starts with how to bring changes to the life of 125 crore people of the country without any focus on family and with a vision to make India the foremost developed country in the 21st century," Modi said.

In the 60-year rule of one party, not much work was done as they gave more importance to names instead of work, he said. In the last four-and-half years many new schemes have been launched but none of them are associated with the name Modi, he said.

"This shows that our intention is to ensure the progress of the people and not just one family.. This is not our culture.. For me the 1.25 crore country men are my family," Modi said.