A flood-like situation was created near the dam, which was breached late on Tuesday night, with seven downstream villages facing danger. 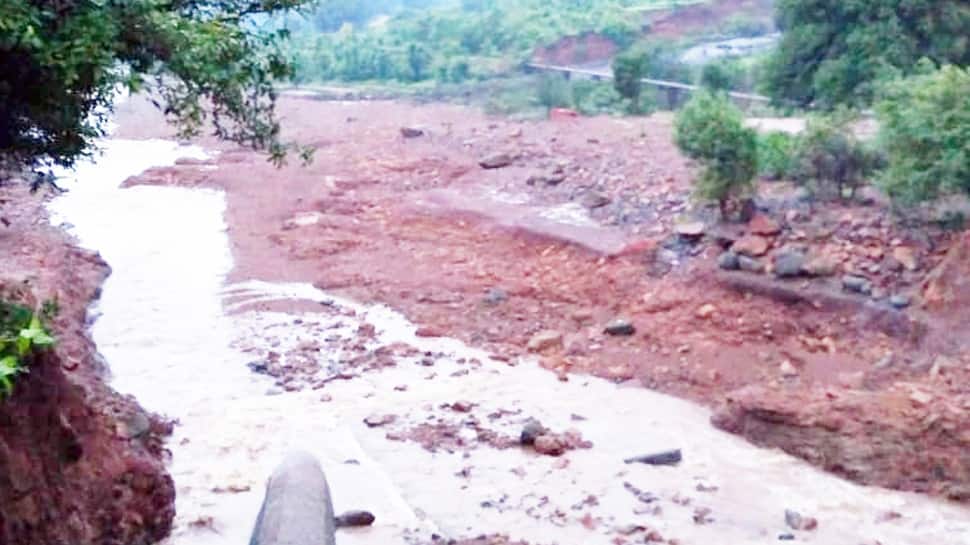 At least 14 people were killed and nine others missing on Wednesday after heavy rainfall caused a breach at the Tiware dam in Ratnagiri district, Maharashtra. A flood-like situation was created near the dam, which was breached late on Tuesday night, with seven downstream villages facing danger.

Teams from the National Disaster Response Force (NDRF) have been deployed for carrying out rescue and relief operations - one from Sindhudurg district and the other from Pune. The opeartion had to be halted on Wednesday after nighttime. The local administration too stepped in to help people in close vicinity of the dam. There have been reports that several houses have been washed away by the gushing water from the breached dam.

In a statement to news agency ANI, the National Disaster Response Force (NDRF) officials said a joint coordination meeting was conducted with all stakeholders during which it was decided to distribute the search area among various agencies based on their capabilities, resources and experience.

All search teams will have a local guide who will help in the operation. All the bodies recovered will be first brought to Primary Healthcare Centre (PHC) at Dadar village and thereafter shifted to Chiplun Government Hospital for post-mortem, it said.

Earlier, NDRF Director General S D Pradhan told ANI that the search operation to trace the missing people needed to be expanded which might take some time. The local population did not anticipate this unprecedented volume of rainfall which became the principal cause of this breach last night, he said.

"Two to three villages were deluged by heavy water flow but only one village was the worst affected. At least 12 houses were gushed out towards the coastline and the distance between affected villages and the coastline is almost 50 kilometres. So, we have to thoroughly search the beach area as well," Pradhan told ANI.

Given the unpredictability of the climate, he said dam structures should be looked at carefully. "The maintenance and inspection of such structures are extremely essential," Pradhan added. The local people have been helping the NDRF and police in the search.

Heavy showers in the state of Maharashtra has already led to at least 37 lives being lost. Two separate incidents of walls collapsing were reported from Pune alone - one last Saturday and the other on Tuesday. A wall also collapsed in Mumbai's Malad. These incidents have resulted in loss of life with state CM Devendra Fadnavis expressing his anguish as well as announcing monetary compensation.

The India Meteorological Department has predicted heavy to very heavy showers to persist in Mumbai and in Maharashtra's Vidarbha and Marathwada regions. It has also asked people to avoid hilly areas in the state due to potential dangers from heavy rainfall.

Conditions becoming favourable for advance of monsoon in Delhi during next 48 hours: IMD