Railway Minister Piyush Goyal, who was present at the event, said he would look into the home minister's suggestion of online filing of the FIR. 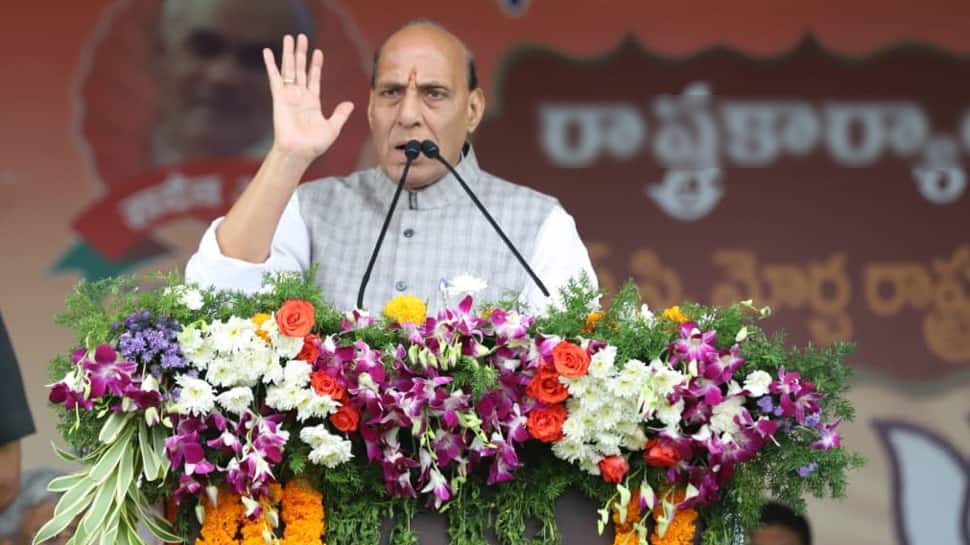 New Delhi: Asserting that jurisdiction issues, at times, cause harassment to people, Home Minister Rajnath Singh Wednesday asked the railway ministry to start a facility by which passengers can file FIRs online.

"There is no facility for a passenger to file an FIR online. If somebody is travelling by train (and something happens), he needs to visit the Government Railway Police (GRP) police station to get an FIR registered. It will then go to the state, to the district and eventually to the police station concerned. There is no guarantee that he would get the desired justice," the minister said.

He said there has to be a provision for the passengers to file the FIR electronically.

"You (Railway Ministry official) need to discuss and decide on this (online FIR). We will provide all possible support from the Ministry of Home Affairs," he said, citing the 'crime and criminal tracking network and system or CCTNS' for the integration of state police work implemented by his ministry.

Singh said he would look into whether the online filing of FIRs by railway passengers can be integrated into the CCTNS system, that allows citizens to lodge FIRs electronically.

Railway Minister Piyush Goyal, who was present at the event, said he would look into the home minister's suggestion of online filing of the FIR.

According to an official data, about 24,000 cases of theft are registered by railway passengers annually.

In a veiled remark, Rajnath Singh asked the Railway Protection Force (RPF) personnel to be sensitive and friendly with people. "It is expected from all police personnel. Be it central or state police force, all police force personnel should have friendly behaviour with common people. We have been telling these to them," the home minister said at the All India Conference on Railway Security.

Singh said there was a need to change the way people's luggage are frisked at railway stations or inside moving trains.

"There is a provision for frisking of passenger luggage at railway stations. There luggage are also frisked inside moving trains. Passengers feel humiliated by this. So, how can this be improved? That need to be discussed," he said.

The home minister said there was a need to make the presence of Railway Protection Force (RPF) personnel felt in the railway network.

"There has to be regular patrolling in trains. At times, it has been observed that it does not take place. So how to make RPF's presence felt? You need to discuss it," Singh said at the programme attended by senior railway ministry officers.

"The railway has a huge network. Trains pass through Naxal-(affected) areas. There may be a fear of terrorist attack. There should be a theatre-specific SOPs to guide police personnel on how to act in a specific situation," he said.