After meeting Mamata Banerjee, Javed Akhtar said that there should be a change in the country and it is the history of Bengal that the state had led the revolutionary movements. 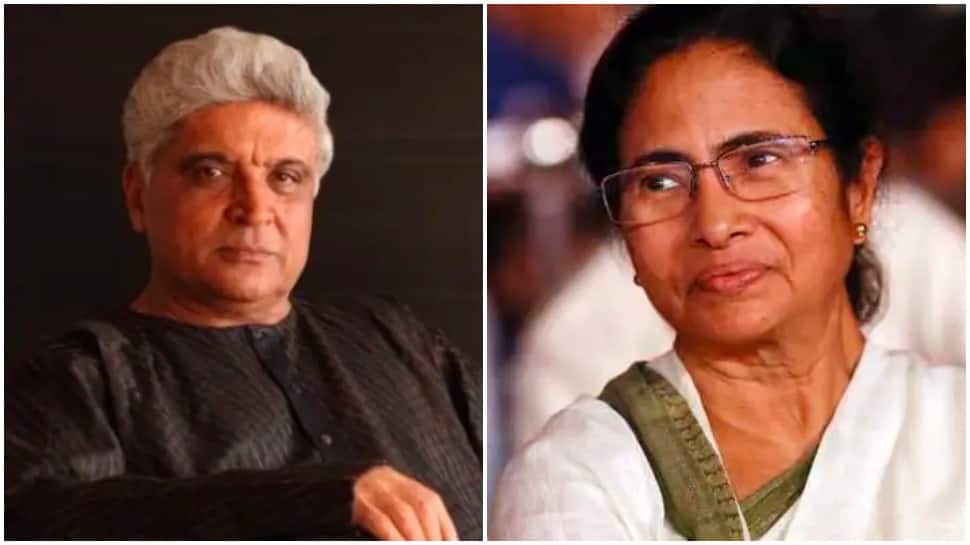 After meeting Banerjee, the poet said there should be a parivartan (change) in the country and it is the history of Bengal that the state had led the revolutionary movements. Briefing mediapersons after his meeting Akhtar said, "It was a courteous meeting. This is the history of Bengal that it had led the revolutionary movements. Artists and intellectuals of Bengal support Mamata ji. We congratulated her on her victory. We are grateful to Mamata ji for her support in the amendment in the Royalty Bill so that music composers, songwriters, lyricists can be benefitted from the royalty."

"I believe there should be a change. There are so many tensions in the country right now. There is the issue of polarisation. Many give aggressive statements. There are incidents of violence. It is a matter of shame that Delhi witnessed communal riots," added the lyricist.

Asked whether Mamata Banerjee should lead from the front, Akhtar said, "In our little conversation, she never said that leadership is her priority. She believes that she wants a 'parivartan'. Earlier she fought for Bengal and now she wants to fight for a change in India. Who will lead the country is not important but how the Hindustan will be that is most important. Democrarcy is dynamic and constant in process."

Regarding the 'Khela Hobe' slogan and whether it will reverberate in India, Akhtar said, "It does not need proof. It is beyond discussion now."Immediately, Banerjee who was standing behind Akhtar requested Akhtar to compose a song on 'Khela Hobe. "You have to make a song on Khela Hobe," Banerjee told the lyricist in front of mediapersons.

Notably, the Trinamool Congress (TMC) poll slogan for the 2011 West Bengal elections 'Khela Hobe' became immensely popular and unofficially became the theme of the poll battle between TMC and BJP.

Aiming for 2024 Lok Sabha polls, Banerjee had on Wednesday said, "Poore desh me khela hoga (Now, the game is on across the country). It is a continuous process. When general elections come (2024), it will be Modi vs country."

The West Bengal chief minister who has been in the national capital since Monday has been holding deliberations with opposition parties for forming a united front for the 2024 general elections.

Banerjee on Wednesday in separate meetings discussed "the unity of Opposition" with Sonia Gandhi and Rahul Gandhi and said it was essential for everyone to come together in order to defeat the Bharatiya Janata Party (BJP).The Chief Minister told the media that she had also spoken with RJD leader Lalu Prasad on Tuesday.