Mamata Banerjee behaving like Kim Jong-Un, killing those who oppose her: Giriraj Singh

The Bihar BJP politician stated that Mamata does not believe in Constitution and in the system. 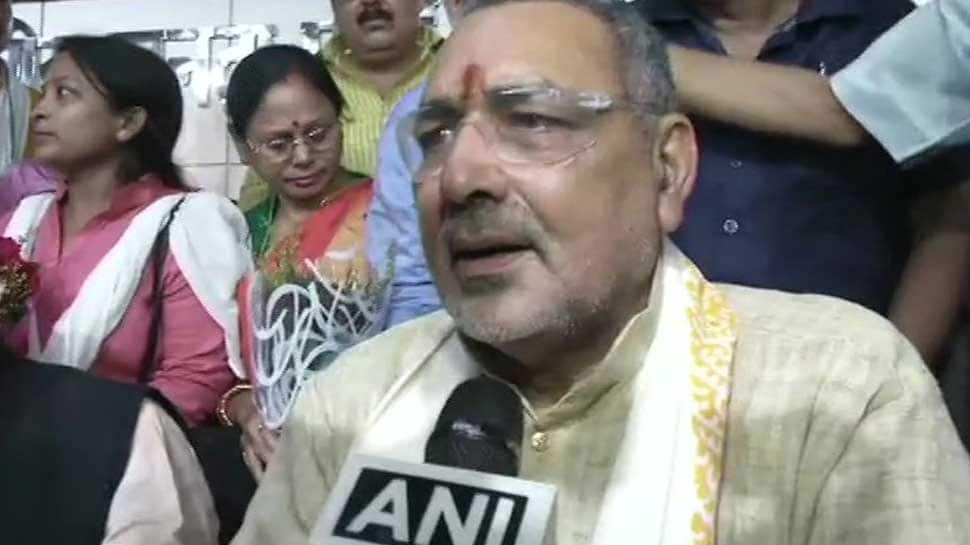 NEW DELHI: Lashing out at West Bengal Chief Minister Mamata Banerjee, Union Minister Giriraj Singh on Friday said that the Trinamool Congress chief is behaving like North Korean dictator Kim Jong-un and killing those who raise their voices against her alleged misrule.

The Bihar BJP politician also stated that Mamata does not believe in Constitution and in the system.

“The way in which Mamata Banerjee is governing, it seems she doesn’t believe in the Constitution. She doesn’t consider the PM as PM. She doesn’t want to come in the system. The people have decided that her countdown has begun now, people want development,” Singh said while speaking to ANI.

Union Minister Giriraj Singh: She plays the role of Kim Jong Un, that those who raise voices will be killed and no one will be allowed to take out a 'Vijay Yatra'. Janta unka ulti Ganga ka julus nikaal degi, unke shraadh ka julus nikaal degi. https://t.co/phSAxmTDMo

Comments from Singh came hours after the West Bengal Police registered suo motu cases against the BJP's North Dinajpur district leadership for taking out victory rallies in violation of a West Bengal government order banning them.

Chief Minister Mamata Banerjee had on Thursday said victory rallies will not be allowed by any party in the state, including the ruling Trinamool Congress.

The BJP held two such processions during the day at Raiganj and Kaliyaganj in the district, the permission for which was denied by the administration, the police said.

State BJP president Dilip Ghosh, who was a part of the rallies along with Union Minister Debasree Chaudhuri, asserted that the party will "continue to hold victory rallies in the state despite the prohibition".

Chaudhuri had won from the Raiganj Lok Sabha seat on a BJP ticket.

Sub-Divisional Officer of Raiganj, Rajat Kanti Das, said the district administration had turned down permission for the rallies on Thursday night.