The TMC also announced the names of the candidates for by-election in Jangipur and Samserganj. 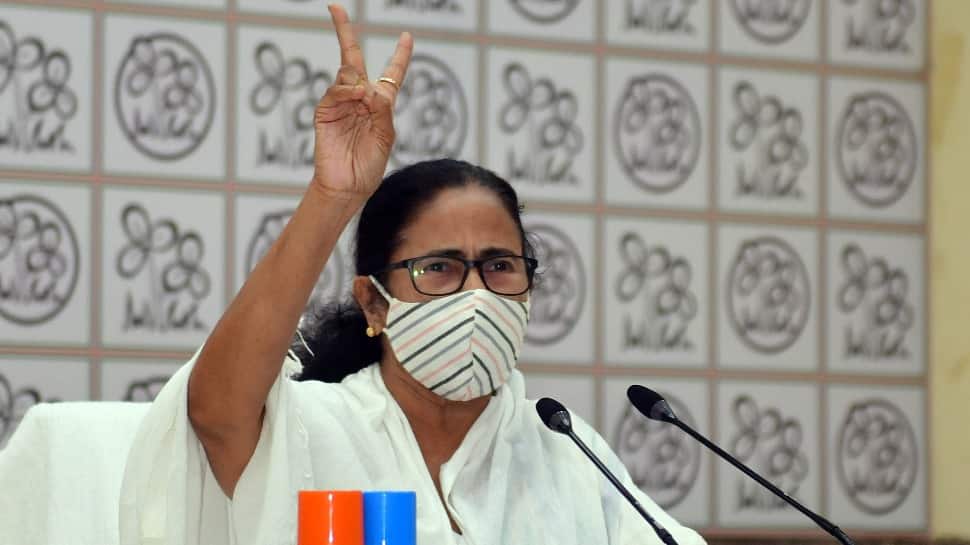 New Delhi: The Trinamool Congress (TMC) on Sunday (September 5, 2021) announced the list of candidates contesting in the upcoming by-poll elections in West Bengal and said that Mamata Banerjee will fight from the Bhabanipur assembly constituency.

Besides the West Bengal Chief Minister, the TMC also announced the names of candidates for by-election in Jangipur and Samserganj where Jakir Hossain and Amirul Islam will contest respectively. 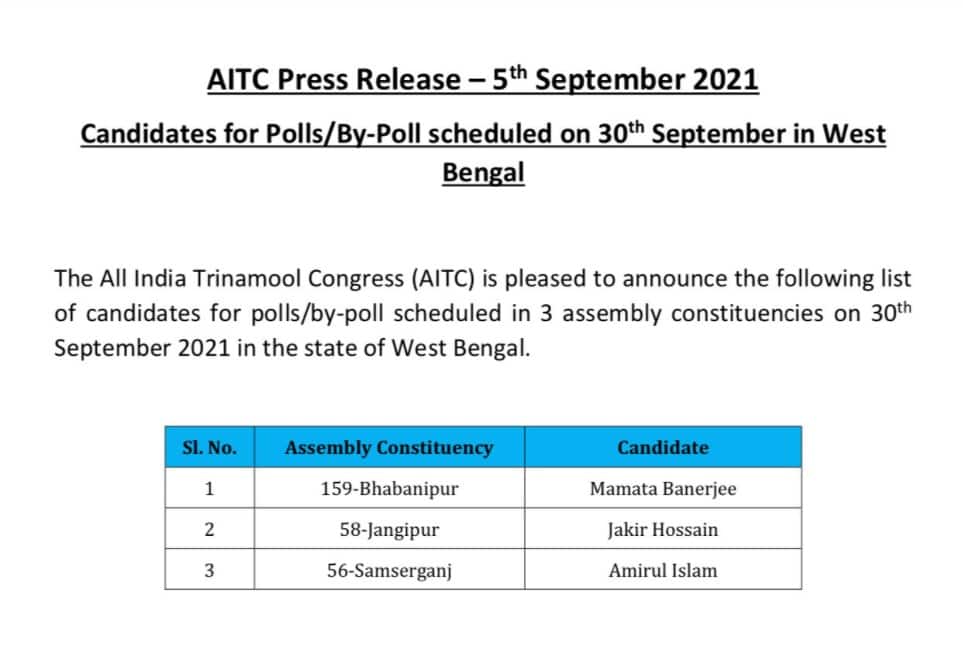 This is to be noted that Mamata who had moved out of her traditional Bhabanipur seat to fight in Nandigram during the West Bengal Assembly polls 2021, will now have a chance to become a member of the state legislative assembly. She is required to win a seat in the state assembly by November 5 in conformity with the constitutional provisions in order to continue as chief minister. The Constitution allows a non-member of a state legislature or Parliament to continue in a ministerial position for six months.

The TMC chief had lost the Nandigram seat to his former close aide Suvendu Adhikari who contested on a BJP ticket. After her defeat in Nandigram, Sovandeb Chattopadhyay, state cabinet minister and TMC MLA from Bhabanipur, vacated the seat to facilitate Mamata's election from there.

Mamata Banerjee, notably, is a resident of Bhabanipur and has contested from the seat in the past two state assembly elections since 2011.

The fate of Mamata Banerjee and her two other candidates will be decided on the day of the counting of votes which will take place on October 3.