Technician dies after being pulled in by SpiceJet plane's hydraulic flap

In a statement, SpiceJet has said that Rohit Pandey got stuck when the main landing gear's hydraulic door closed inadvertently. 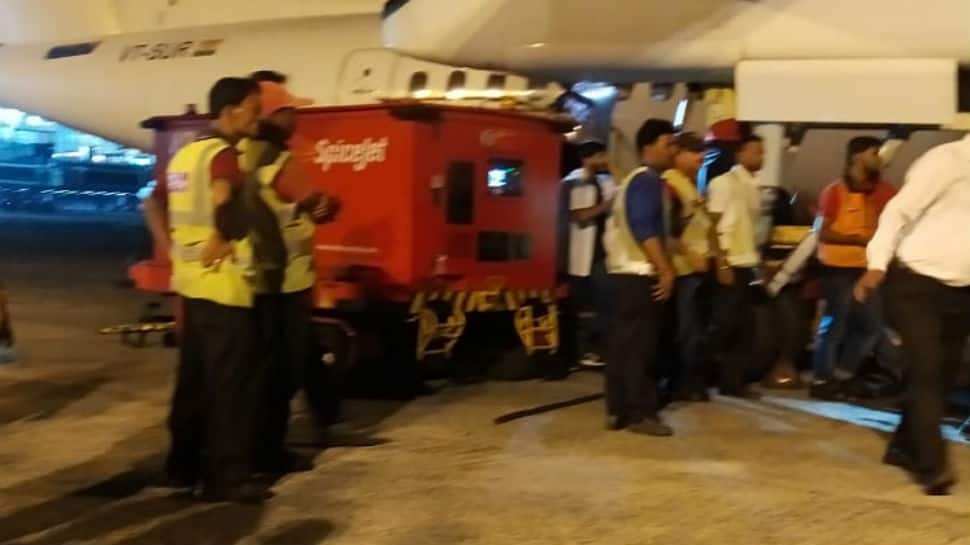 An aircraft maintenance technician at Kolkata's Dum Dum airport died on Tuesday night after he was pulled into the body of a SpiceJet aircraft here, possibly due to hydraulic pressure.

The tragic incident took place when Rohit Pandey was carrying out routine inspection on the SpiceJet ATR aircraft at the Dum Dum airport. The hydraulic flap in the underbelly of the aircraft reportedly closed in around his neck without a warning. Initial investigations have revealed that he may have died of suffocation.

It is reported that emergency personnel struggled to free Pandey's body and eventually had to break the hydraulic doors to free the body. Cops have begun investigating the accident to try to ascertain if the hydraulic pressure may have been activated and how the deceased could have fallen victim to it.

SpiceJet, meanwhile, issued a statement expressing shock over the incident. "Extremely saddened to share that our technician Rohit Pandey passed away last night in an unfortunate incident at Kolkata airport. He was doing maintenance work in right hand main landing gear wheel well area of a Q400 aircraft which was parked in Bay No. 32 at airport. Inadvertently, the main landing gear hydraulic door closed & he got stuck in between the hydraulic door flaps."

Aircraft maintenance is an extremely crucial part of the aviation sector in India and around the world. Ground staff are as responsible for the safety of the plane and passengers as pilots and in-cabin crew are. There have, however, been several tragedies in the aviation sector in the years gone by which have outlined just how dangerous the job of an aircraft maintenance staff can be. In some cases, inadequate skills, fatigue and stress or just negligence can result in extremely unfortunate tragedies.

Amarnath Yatra: New batch of over 5000 pilgrims leave from Jammu