The CRPF said that “careful and tedious excavation” was carried out by the joint team to rescue the man. 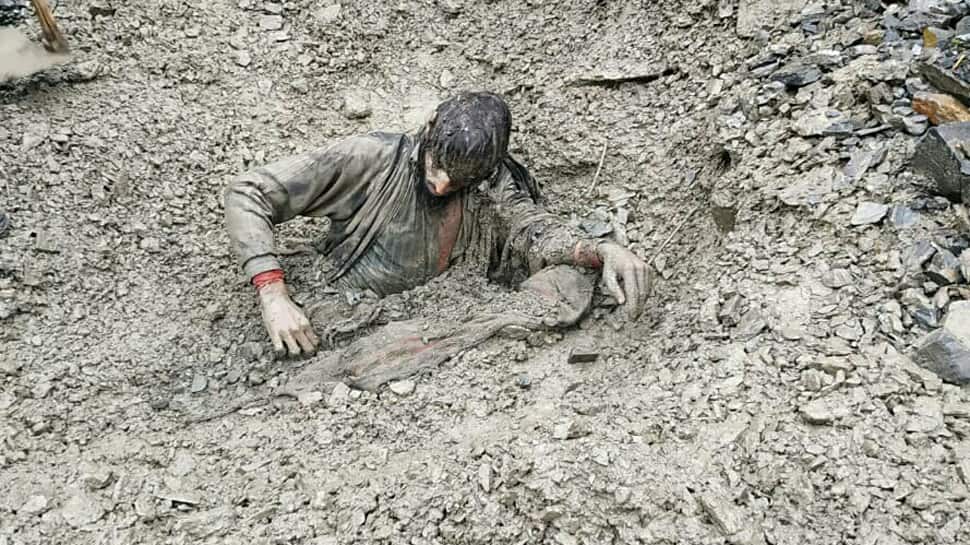 It was a miracle of sorts that the life of Pradeep Kumar, who was trapped throughout the night in the debris of a landslide in the Ramban district of Jammu and Kashmir. A native of Ludhwal village in the area, Kumar was passing through Mehad area on Tuesday night when a landslide was triggered by incessant rainfall.

Before he could escape, he was caught in the landslide and remained trapped in its debris throughout the night. As the area was secluded, no one came to his rescue until a squad of the Central Reserve Police Force (CRPF) conducted regular checks in the region.

The 72 battalion of the CRPF was conducting checks at National Highway 44 along the Jammu-Srinagar highway early Wednesday morning. When the personnel reached milestone 147, which was close to the area of landslide, their dog, Ajaxi, started giving alerting signals.

Following the signal from the dog, the CRPF personnel started searching the area and discovered Kumar, who was trapped in the debris of a landslide that had occurred on Tuesday night.

More troop was called in and personnel of the Indian Army also joined the rescue operation. The CRPF said that “careful and tedious excavation” was carried out by the joint team to rescue the man.

Though he was successfully rescued, he has been unable to speak due to the shock of the incident. He is currently undergoing treatment at a nearby hospital.

Heavy and continued rainfall in the state has triggered landslides in several areas. The Jammu-Srinagar national highway was also closed on Wednesday due to landslide.

Pilgrims going for the Vaishno Devi yatra were also diverted to the traditional track as the new track was hit by landslide. According to news agency ANI, there was landslide on the new track situated between Adhkuwari and Bhawan.

The helicopter services to ferry the pilgrims on Katra-Shanjichat sector were also suspended due to bad weather conditions.