Maneka said that a certain media channel played an out of context and incomplete speech and that she didn't say anything to hurt sentiments of voters. 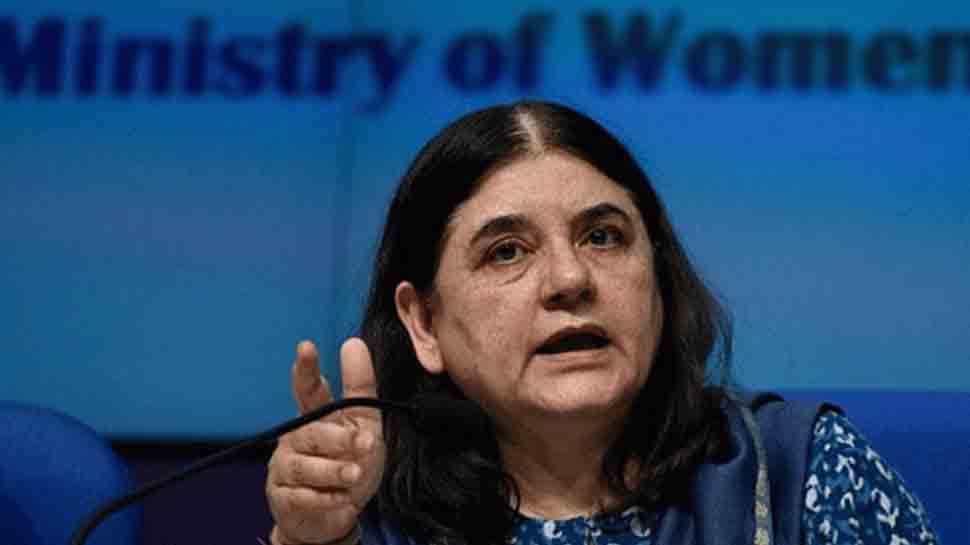 New Delhi: Hours after her speech referring to Muslim voters in Uttar Pradesh's Sultanpur went viral on the Internet, Union Women and Child Development Minister Maneka Gandhi on Friday issued a clarification saying that a certain media channel played an out of context and incomplete speech and that she didn't say anything to hurt sentiments of voters.

Maneka said she had called a meeting of minority cell. "Everyone knows how much I love people from minority section. If you read my entire speech, you will realise that a news channel ran an out of context and an incomplete statement from my speech," she said.

Maneka went on to clarify that during her Friday's address to voters in Sultanpur, she said "Prime Minister has been spending thousands of crore rupees in providing amenities to people of the country, without considering their caste and religion. Then why do, people bring up the religion issue at the time of elections."

Also Read: Maneka Gandhi sparks massive row with 'vote for me or else…' remark to Muslims

On Thursday, Maneka was found appealing Muslim voters to cast their votes in her favour failing to which she may not be responsive to their requests.

#WATCH Union Minister Maneka Gandhi reacts on her remark during her speech before a gathering of Muslims in Sultanpur y'day. She says, "I had called a meeting of our minority cell...If you read my complete speech, channel is running that one sentence out of context & incomplete. pic.twitter.com/OaZ3h8VqTt

"I am winning. I am winning because of the love and support of people. But if my victory is without Muslims, I won't feel that good. Then when a Muslim comes to me for work, I think let it be, how does it matter? It's all about give and take, isn't it? We are not all children of Mahatma Gandhi, are we?" Maneka reportedly quoted today. "I have already won the election but you will need me. This is your chance to lay the foundation," she went on to say.

She had added saying that Muslim voters need to understand that it is a give and take relation.