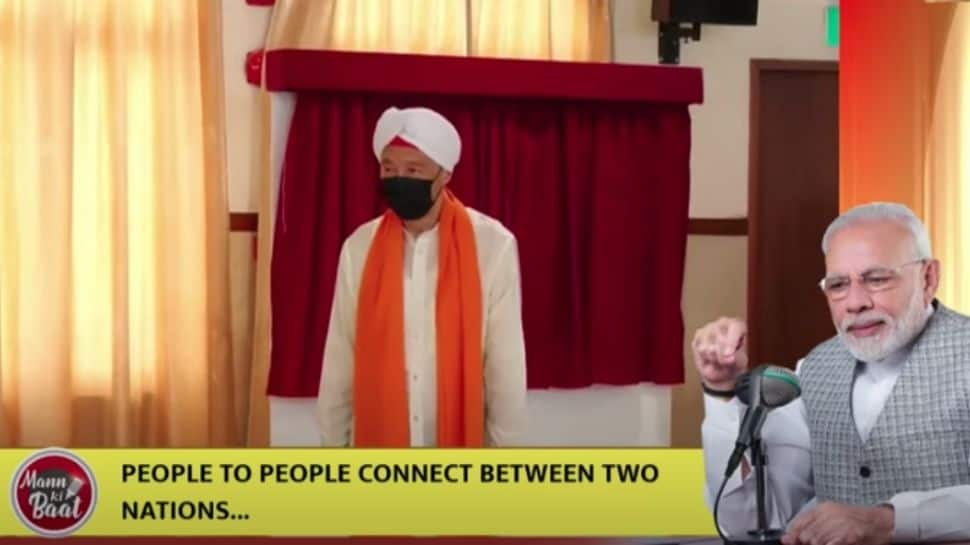 New Delhi: Singapore Prime Minister Lee Hsien Loong inaugurating a renovated historic Gurudwara made into this month's 'Mann ki Baat' program of the Indian PM Narendra Modi who appreciated the development. The Silat Road Gurudwara was built in 1924 and is the oldest gurudwara in the country. The Gurudwara is dedicated to Bhai Maharaj Singh, who fought against the British in India and is one of the historic sites of the country.

PM Modi said, "The Prime Minister of Singapore and my friend, Lee Hsien Loong inaugurated the recently renovated Silat Road Gurudwara. He also wore the traditional Sikh turban". He explained, "The people-to-people strength between two countries gets a boost with such initiatives and efforts. These also show how important it is to live in a harmonious environment and understand each other's culture."

Bhai Maharaj Singh was sent by the British to Singapore in the 1850s as a political prisoner. He was seen as a "saint soldier" and was the first Sikh of Singapore. He died in solitary confinement at the Outram Prison in 1856.

Silat Road Gurudwara was the first Sikh Gurudwara of the country built in traditional style, like the Gurudwaras found in India. It was also referred to as Police Gurudwara because it was built with help of Sikhs in the police service. The Gurudwara has been a spiritual haven for Sikhs in Singapore and during the Japanese occupation, it took in the widows and children of Sikhs who gave lives in defending the country.

Indian origin people from 7 to 9% of the multicultural south Asian country which takes pride in its diversity. Being the third-largest ethnic group, Indian Singaporeans have contributed a lot to nation-building. Two Indian origin people are top Singapore ministers--K. Shanmugam is the current home minister and Vivian Balakrishnan, the current foreign minister of the country. General Ravinder Singh was the chief of the Singapore Army from 2011–2014,