Shah was joined by BJP working president JP Nadda and other senior leaders during his address.

The ruling party has also coined a slogan ''Man Me Bapu'' to celebrate the occasion.

Shah also separately held discussions with the chief ministers of BJP-ruled states during which they deliberated on economic issues and the measures taken by the Narendra Modi government to boost the economy, which has seen a slump. 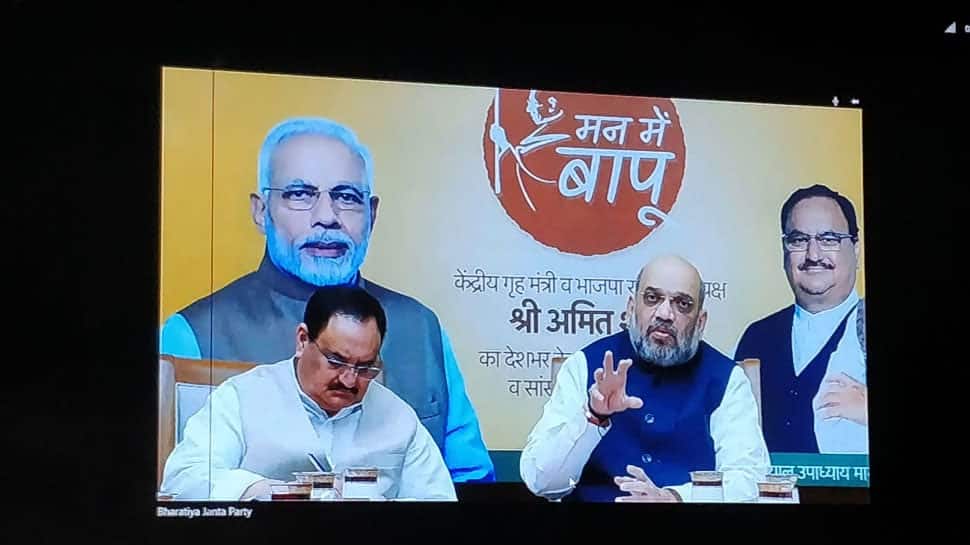 Addressing the party leader through video-conferencing from the BJP headquarters in New Delhi, Shah stressed that the measures, especially a major cut in the corporate tax rate, will give a big boost to the economy.

He was joined by BJP working president JP Nadda and other senior leaders during his address.

It may be noted that the Congress-led Opposition has mounted an attack on the Narendra Modi government over the current economic slowdown. Shah's decision to address the party MPs points to the party's plans to counter its rivals ahead of the assembly polls in Maharashtra and Haryana next month.

During his address, Shah directed the BJP MPs to start campaigns in their constituencies to propagate Gandhi's message, ideals, including on cleanliness, khadi and protecting the environment.

Prime Minister Narendra Modi, in his address to the nation on Independence Day, had urged the citizens to shun the use of single-use plastic on the anniversary which falls on October 2. Party leaders were asked to touch every village in the campaign. 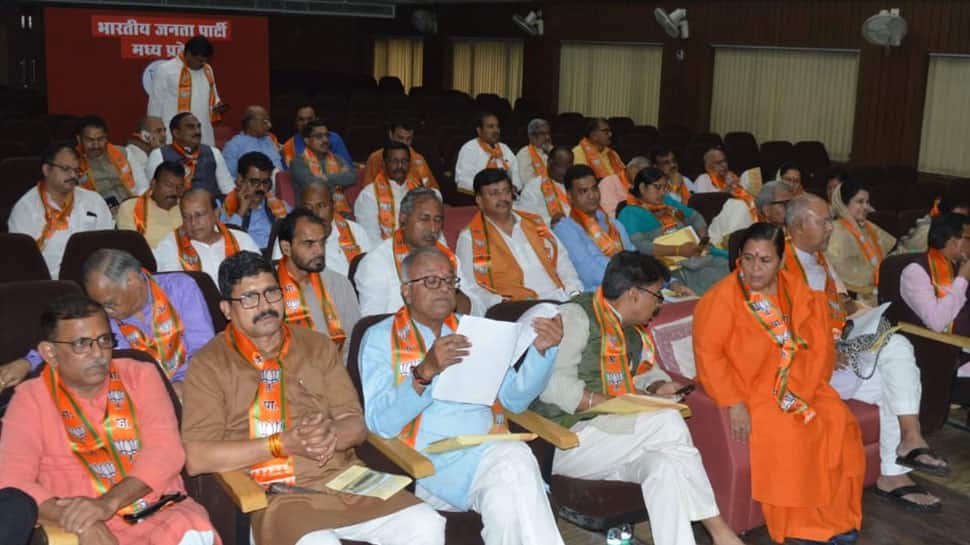 The sources said they were also told to clean statues of all icons "irrespective of the ideology they came from" during the exercise.

BJP MPs, including Union Ministers, joined Shah's video-conference address from the capital of their respective state.

On September 24 in New York, India will host a special event to commemorate the 150th birth anniversary of Mahatma Gandhi, Foreign Secretary Vijay Gokhale had announced.

Bangladesh Prime Minister Sheikh Hasina, Korean President Moon Jae-in and Singapore PM Lee Hsien Loong among others will also share their perspective on the ‘Relevance of Gandhi’ during the occasion. The UN Secretary-General will also address the event.

Ever since he came to power in 2014 recording a massive win, Prime Minister Narendra Modi has more than once suggested that 150th birth anniversary (October 2, 2019) would be a major milestone event for his party and the government.