Tarun Gogoi's pulse rate and blood pressure are under check, and his oxygen saturation level 95-97 per cent. 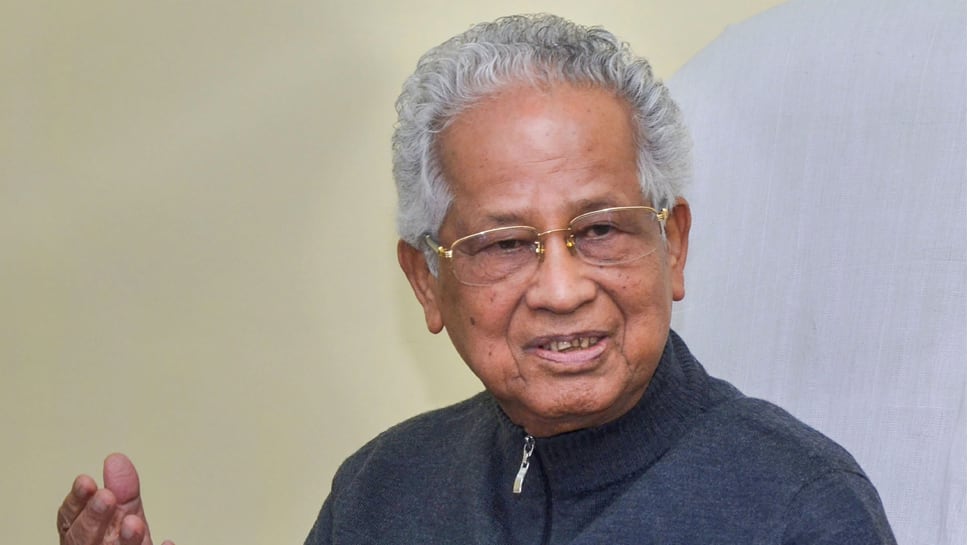 The veteran Congress leader was admitted to GMCH on November 2 due to post-COVID complications.

Sarma told reporters that doctors have repeated all clinical tests and his vital health parameters have shown improvement compared to that of Saturday.

"He is semi-conscious now. We had said last night that 48 hours were very critical for him. Twenty four hours have passed and there is no deterioration in his health condition. That is the most important thing," he stated.

Gogoi's pulse rate and blood pressure are under check, and his oxygen saturation level 95-97 per cent.

"The only worry is the urine output, which is around 100-120 ml in 24 hours," he said, adding that doctors will soon decide on the next step that was to be taken to improve his kidney functioning.

The 84-year-old politician spontaneously opened his eyes and looked around in the morning, the GMCH superintendent said.

"There was slight movement, which we call moto movement. This is a good sign. Technically speaking, although he is critical, he is stable haemodynamically," he maintained.

A big team of doctors from various departments are attending to Gogoi.

"We are constantly in touch with doctors from AIIMS. They are satisfied with the treatment protocol and we will continue with that," he stated.

Asked if the doctors would attempt dialysis to deal with his urine output, Sarma said that would be the last option.

"As he is on inotropic support, we have kept dialysis as the last resort," he added.

The veteran Congress politician's health condition deteriorated on Saturday following multi-organ failure and he became unconscious with difficulty in breathing.

His son and Lok Sabha MP Gaurav Gogoi rushed to the hospital along with Assam Chief Secretary Jishnu Barua. A host of MPs, MLAs and other senior leaders of the Congress also reached GMCH late on Saturday to enquire about his health.

On October 25, the three-time chief minister, who was undergoing treatment for COVID-19 and other post-recovery complications, was discharged from GMCH after two months.

Gogoi had tested positive for COVID-19 on August 25.

His health condition was being monitored by a nine- member committee of doctors, led by the head of pulmonary medicine Dr Jogesh Sarma.

The panel was constituted by the state government when he tested positive for COVID-19 in August.

After his discharge from hospital last month, the veteran Congress politician continued to remain under observation of the doctors' team at his residence here.

In the days before he tested positive for COVID-19, Gogoi was at the forefront of the Congress initiative to form a 'Grand Alliance' comprising all the opposition parties for the 2021 assembly polls.