According to initial reports, at least 20 people are trapped inside the building, most of them labourers. 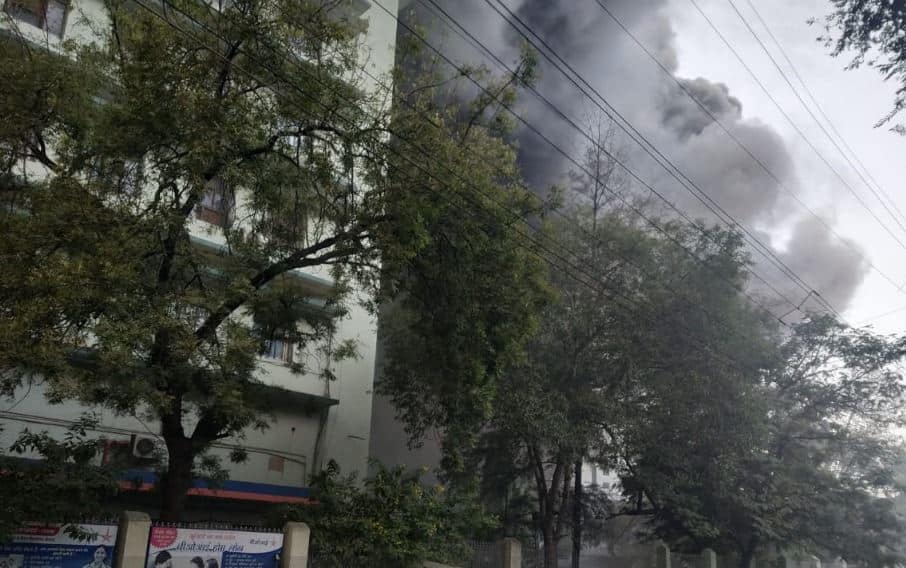 NAGPUR: At least seven persons got injured, two of them critically after a massive fire broke out on Wednesday at an under-construction building of a hospital in Nagpur.

Maharashtra: Fire breaks out in an under-construction hospital in Nagpur. Ten fire tenders are at the spot and the situation is under control now. pic.twitter.com/DVsCgvhyTY

According to initial reports, at least 20 people are trapped inside the building, most of them labourers.

The cause of the fire was not immediately known but it is believed that short circuit caused the blaze. No casualty has been reported so far. Eyewitnesses said that thick black smoke was rising from the 10-storey building.

"Fire has been controlled now, search operation is underway. The fire could have been caused due to a short circuit as construction work was underway at the building," Fire Officer Sunil Raut told ANI.

Sunil Raut, Fire Officer on a fire that broke out in an under-construction hospital in Nagpur: Fire has been controlled now, search operation is underway. The fire could have been caused due to a short circuit as construction work was underway at the building. #Maharashtra pic.twitter.com/x9s7qTRBhX

At least 10 fire tenders were at the spot to douse the raging inferno. Army jawans were also helping firefighters in controlling the blaze.

Nagpur Municipal Corporation fire officer Rajendra Uchke said that a major tragedy was averted as around 400 labourers, who were employed at the under-construction building, were downstairs for lunch when the fire broke out.

"Interior work was going on in the hospital when the fire started from the third floor auditorium where chairs were being fixed," Uchke told PTI. He added that it was likely that the blaze was triggered due to sparks from welding. The flames were put out completely at around 3:30 PM, he said.

On December 29, 12 firefighters were injured while trying to douse the flames when a fire broke out in Sadhana House in Worli, Mumbai.

On Dec 27, seven people lost their lives after a broke out on the 14th floor of an apartment in Chembur, Mumbai.

Worker dies in explosion near stone unit in Siddipet