Marumalarchi Dravida Munnetra Kazhagam (MDMK) chief Vaiko was on Friday convicted in connection with a sedition case of 2009 by a special court in Chennai, which sentenced him to one year in jail. 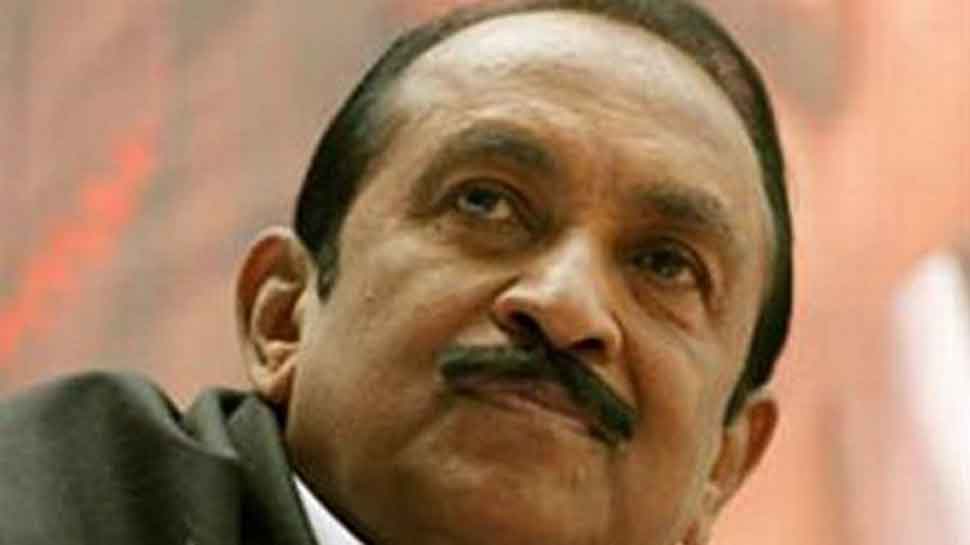 Chennai: Marumalarchi Dravida Munnetra Kazhagam (MDMK) chief Vaiko was on Friday convicted in connection with a sedition case of 2009 by a special court in Chennai, which sentenced him to one year in jail.

The court also imposed a fine of Rs 10,000 while granting him a month's time to file his appeal against the court's order. The MDMK chief had earlier filed a petition to suspend the conviction enabling an appeal against the order.

Later, the conviction and sentence stayed for a month.

The case against Vaiko was filed for making an "inflammatory" speech during a book release event in 2009. This happened during the DMK regime when late M Karunanidhi was the chief minister of Tamil Nadu.

In his speech, Vaiko had allegedly said that he was in full support of the LTTE. The Chennai Police had registered a case against Vaiko in 2009 under Sections 124 (A) (Sedition) and 153 (A) of the Indian Penal Code (IPC).

Interestingly, the DMK had in a statement issued earlier this week said that one Rajya Sabha seat would be allotted to MDMK as per an earlier agreement with Vaiko's party.

After his conviction, it is unclear if the Rajya Sabha seat would be allotted to Vaiko and whether he will file nomination for the same on Saturday.