Slamming Imran Khan in its Right of Reply in response against Pakistan Prime Prime Minister's references to Kashmir in his United Nations General Assembly virtual speech, IFS officer Sneha Dubey gave a powerful response. Know all about her here. 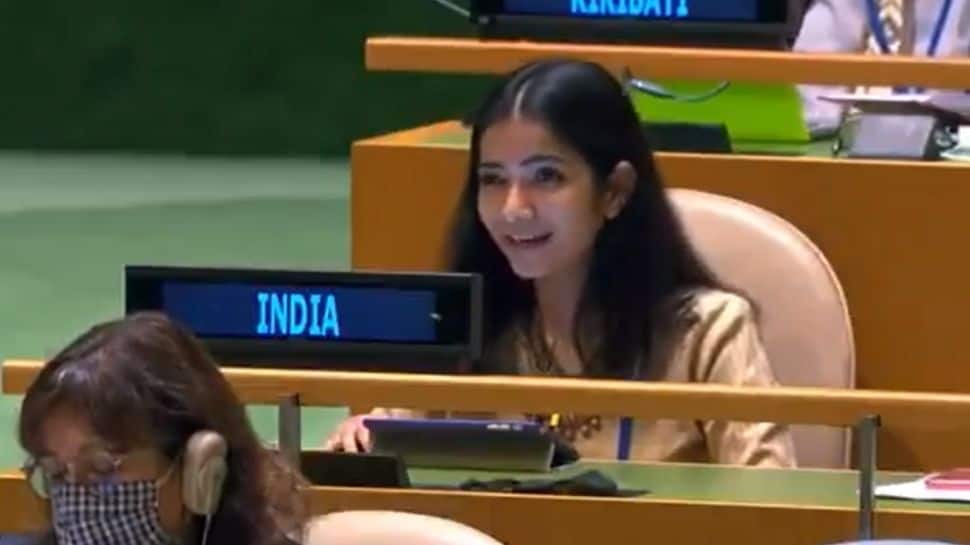 Who is Sneha Dubey?

A 2012 batch IFS officer who completed her education after achieving her MPhil from the School of International Studies, Jawaharlal Nehru University, Delhi, Sneha's first appointment was in the Ministry of External Affairs. She is reportedly India's third secretary at Madrid before she was posted to the United Nations in 2014.

According to media reports, from a very young age, Sneha had dreams of joining the Indian Foreign Services, and she passed the civil services examination in her very first attempt in the year 2011.

First in her family to join the government services, media reports mention that the reason why she was attracted towards joining the foreign lay in the her in her interest in learning about international affairs, the excitement of discovering new cultures, being part of important policy decisions and helping people.

Her father reportedly works in a multinational company while her mother is a school teacher.

Netizens from India have hailed Sneha's fiery speech and her incredible clarity with comparisons being also made with Eenam Gambhir and Vidisha Maitra, India's women diplomats to the UN.

Sneha's seven fiery quotes on behalf of India at the UNGA session:

1) Pakistan has an established history and policy of harbouring, aiding and actively supporting terrorists. This is a country that has been globally recognized as one openly supporting, training, financing and arming terrorists as a matter of State policy.

2) Pakistan holds the ignoble record of hosting the largest number of terrorists proscribed by the UN Security Council.

3) We marked the solemn occasion of the 20th anniversary of the 9/11 terror attacks a few days back. The world has not forgotten that the mastermind behind that dastardly event, Osama Bin Laden, got shelter in Pakistan. Even today, Pakistan leadership glorify him as a martyr.

4) We keep hearing that Pakistan is a victim of terrorism. This is the country which is an arsonist disguising itself as a fire-fighter. Pakistan nurtures terrorists in their backyard in the hope that they will only harm their neighbours.

5) This is also the country that still holds the despicable record in our region of having executed a religious and cultural genocide against the people of what is now Bangladesh. As we mark the 50th anniversary this year of that horrid event in history, there is not even an acknowledgement, much less accountability.

6) Today, the minorities in Pakistan - the Sikhs, Hindus, Christians - live in constant fear and state-sponsored suppression of their rights. This is a regime where anti-Semitism is normalized by its leadership and even justified.

7) Pluralism is a concept which is very difficult to understand for Pakistan which constitutionally prohibits its minorities from aspiring for high offices of the State.

"Regrettably, this is not the first time the leader of Pakistan has misused platforms provided by the UN to propagate false and malicious propaganda against my country," Sneha said at the beginning of the speech.