Mehbooba Mufti says intimidatory tactics are being used to 'browbeat mainstream leaders' in Jammu and Kashmir. 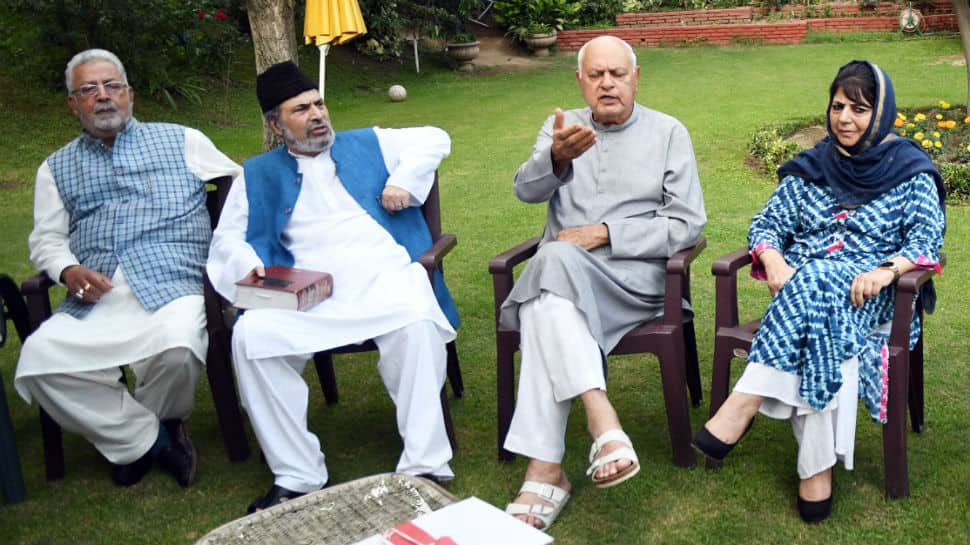 It was a busy Sunday for politicians of Jammu and Kashmir but no one was as frantic as Mehbooba Mufti. The PDP chief cried foul through the day, first alleging that cops had told city hotels to not give permission for meetings of political parties and then because of a letter from the Anti-Corruption Bureau with regards to a case pertaining to illegal recruitments in Jammu and Kashmir Bank.

Mehbooba has been extremely vocal against the deployment of additional troops in Jammu and Kashmir and while the Centre maintains it is to thwart possible terror attacks and maintain calm, she has alleged that locals are panicking. That Amarnath Yatris, tourists and even cricketers are being asked to leave Jammu and Kashmir has given Mehbooba ammunition to fire with. Her biggest potshot, however, was when she alleged that J&K Police is instructing hotels in Jammu and Kashmir to not allow meetings of state political parties. She had previously asked Farooq Abdullah to convene an all-party meeting which eventually took place on Sunday evening at his residence.

In the meeting, Mehbooba claimed that it was unanimously resolved that all J&K parties would stand united in 'their resolve to protect and defend identity, autonomy and special status of J&K against all attacks and onslaughts whatsoever.' She has previously also warned against any changes in Articles 35A and 370.

Mehbooba further said that representatives from the parties in the meeting have decided to seek an audience with Prime Minister Narendra Modi and President Ram Nath Kovind.

Another point of friction was when the ACB sent her a letter regarding the J&K Bank case. (Full report here)

The former CM claimed that it was an intimidatory tactic 'being made to browbeat mainstream leaders and thwart potential efforts for a collective response.'

She, and several other state politicians, would end the day by participating in a candle march to register their protest.

By late on Sunday, news agency ANI reported that mobile services in the state had been partially suspended.