MHA issues advisory to all states, asks them to remain alert ahead of Ayodhya verdict: Sources

Ahead of the verdict, the Union Home Ministry has cautioned the Yogi Adityanath-led Uttar Pradesh government to ensure all security preparedness in the temple town, which would be turned into a virtual fortress to thwart any untoward incident posing a threat to the law and order situation. 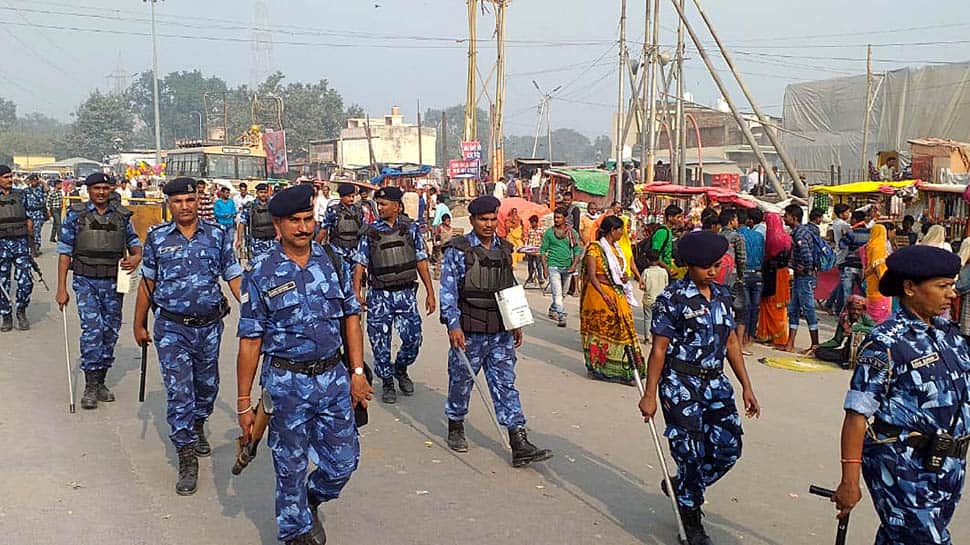 The Ministry of Home Affairs (MHA) has issued an advisory to all states to remain alert in wake of the highly-sensitive Ayodhya's Ramjanambhoomi-Babri Masjid verdict, according to sources on Thursday.

Ayodhya District Magistrate (DM) and Senior Superintendents of Police (SSP) held a big meeting with leaders of all political parties. They appealed for peace after the verdict on Ayodhya matter.

Ahead of the verdict, the Union Home Ministry has cautioned the Yogi Adityanath-led Uttar Pradesh government to ensure all security preparedness in the temple town, which would be turned into a virtual fortress to thwart any untoward incident posing a threat to the law and order situation.

Citing intelligence inputs on terror threat, the Ministry has directed the UP government to ensure maximum deployment of the police force on the ground and keep tabs on rumours on social networking sites and through SMS when the apex court would announce its verdict.

The Centre has also given order to deploy 40 companies--around 4,000 personnel--of Central Armed Police Force (CAPF) or paramilitary force in Ayodhya that includes 16 companies of Central Reserve Police Force (CRPF), around six companies each of Indo-Tibetan Border Police (ITBP), Central Industrial Security (CISF), Sashastra Seema Bal (SSB) and RAF. A total of 13 CRPF companies have already been sent to Ayodhya and others would be sent in two-three days, a Home Ministry source said, news agency IANS reported.

To maintain law and order, the district administration has set up eight temporary jails in different colleges in Ambedkar Nagar of Uttar Pradesh.

The jails have been set up in Akbarpur, Tanda, Jalalpur, Jaitpur, Bhiti and Allapur, said a letter issued by the Ambedkar district school inspector. The letter also mentioned that the principal and staff of these schools should provide basic amenities to the station in charge of each jail while the jails are set up.

Security arrangements have also tightened and Section 144 has already been implemented in Ayodhya as precautionary measures.

The Supreme Court is expected to deliver its judgment in the Ayodhya land dispute case next week as Chief Justice Ranjan Gogoi retires from office on November 17.

Meanwhile, Prime Minister Narendra Modi also stressed the need for maintaining peace and harmony in the country and asked his ministers to avoid any controversial comments on the verdict.