February was the cruelest month for the Indian Air Force. 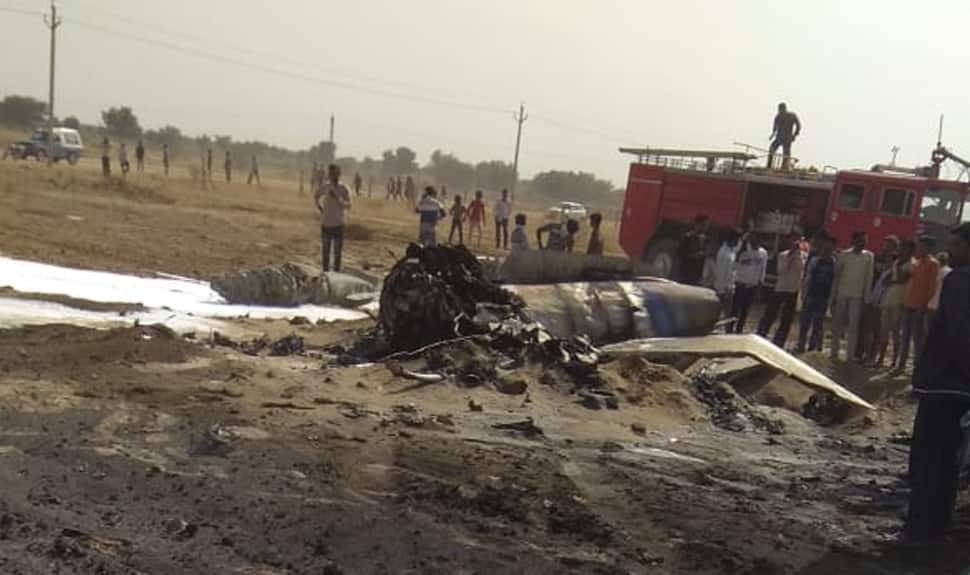 New Delhi: The Indian Air Force (IAF) has lost 12 aircraft in a span of less than six months (till June 11, 2019) this year, hitting the force hard as it already faces a shrinking squadron strength. While the crash of transport plane Antonio AN-32 is the latest tragedy to hit the IAF, fighters and bombers like MiG-27, MiG-21 Bison, Jaguars and Mirage 2000 along with a Mi 17 helicopter and two Hawks have also met the same fate this year.

February was the cruelest month for the IAF. A MiG-21 Bison piloted by Wing Commander Abhinandan Varthaman was shot down by Pakistan on February 27 during an aerial dogfight over the skies of Jammu and Kashmir following the Balakot air strikes by the IAF a day earlier. The same day that saw the MiG-21 going down after shooting down a Pakistani Air Force F-16, a Mi-17 helicopter of the IAF was brought down reportedly by a friendly missile in J&K's Budgam killing all the six air warriors on board.

Earlier, On January 28, IAF's Jaguar plane crashed in UP's Kushinagar, approximately 300 kilometres from the state capital Lucknow. The aircraft crashed into a farm and burst into flames immediately after taking off from the Gorakhpur air base on a training mission. The pilot ejected safely.

In February, two Hawk trainer jets of the IAF crashed just a day before the Aero India show began in Bengaluru. The crash resulted in the death of pilot Wing Commander Sahil Gandhi, who was flying one of the ill-fated planes. The accident happened when the two trainer jets, part of IAF Surya Kiran team, were practising spins and spiralled out of control mid-air.

A Mirage 2000 and a MiG-27 also crashed in February. The Mirage trainer fighter aircraft crashed at Yemlur Airport in Bengaluru during a test sortie, killing the two pilots Squadron Leader Siddhartha Negi and Squadron Leader Samir Abrol. The MiG-27 was on a training mission in Rajasthan's Jaisalmer when it crashed near Pokhran Range.

Another MiG 27, on a routine mission from Jodhpur, crashed in Godana near Sheoganj in Sirohi in March.

The wreckage of the AN-32 which went missing with 13 on board after it took off from Jorhat air base on June 3 was spotted eight days of massive search on June 11. The plane, traveling to the Mechuka advanced landing ground near the Line of Actual Control with China, went missing a few minutes before its scheduled landing. The aircraft wreckage was spotted north of Lipo in Arunachal Pradesh.

Deadlock over Rahul Gandhi's resignation continues, so does uncertainty over leadership