However, the hit didn't come with the usual owning of responsibility by a group of hackers. 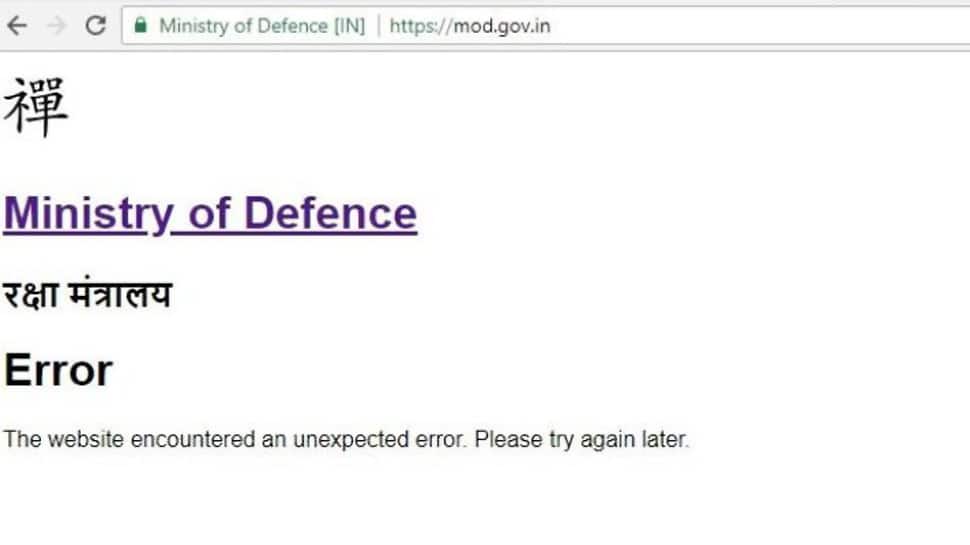 The website of the Ministry of Defence was hacked on Friday evening. The mod.gov.in website displayed an error message and carried what seemed to be some Chinese characters on top, sparking speculation of a cyberattack from the northern neighbour.

Defence Minister Nirmala Sitharaman confirmed that the site had been hacked, and said steps would be taken to prevent such an instance in the future.

"Action is initiated after the hacking of MoD website ( http://mod.nic.in  ). The website shall be restored shortly. Needless to say, every possible step required to prevent any such eventuality in the future will be taken," she said in a tweet.

Action is initiated after the hacking of MoD website ( https://t.co/7aEc779N2b ). The website shall be restored shortly. Needless to say, every possible step required to prevent any such eventuality in the future will be taken. @DefenceMinIndia @PIB_India @PIBHindi

However, the usual markers of a hit by a group of hackers was missing. Hacked government websites usually end up displaying some embarassing political message, along with the hackers' group claiming responsibility. The MoD website hack featured none of these.

Efforts to visit the MoD website around 3:30 pm showed a message that read, "The website encountered an unexpected error. Please try again later." The purportedly Chinese characters seem to mean 'home', and this ties in with the fact that it functioned as a button that linked back to the MoD website homepage itself.

Gagan Shakti 2018: Indian Air Force set for show of strength in exercises with Army and Navy